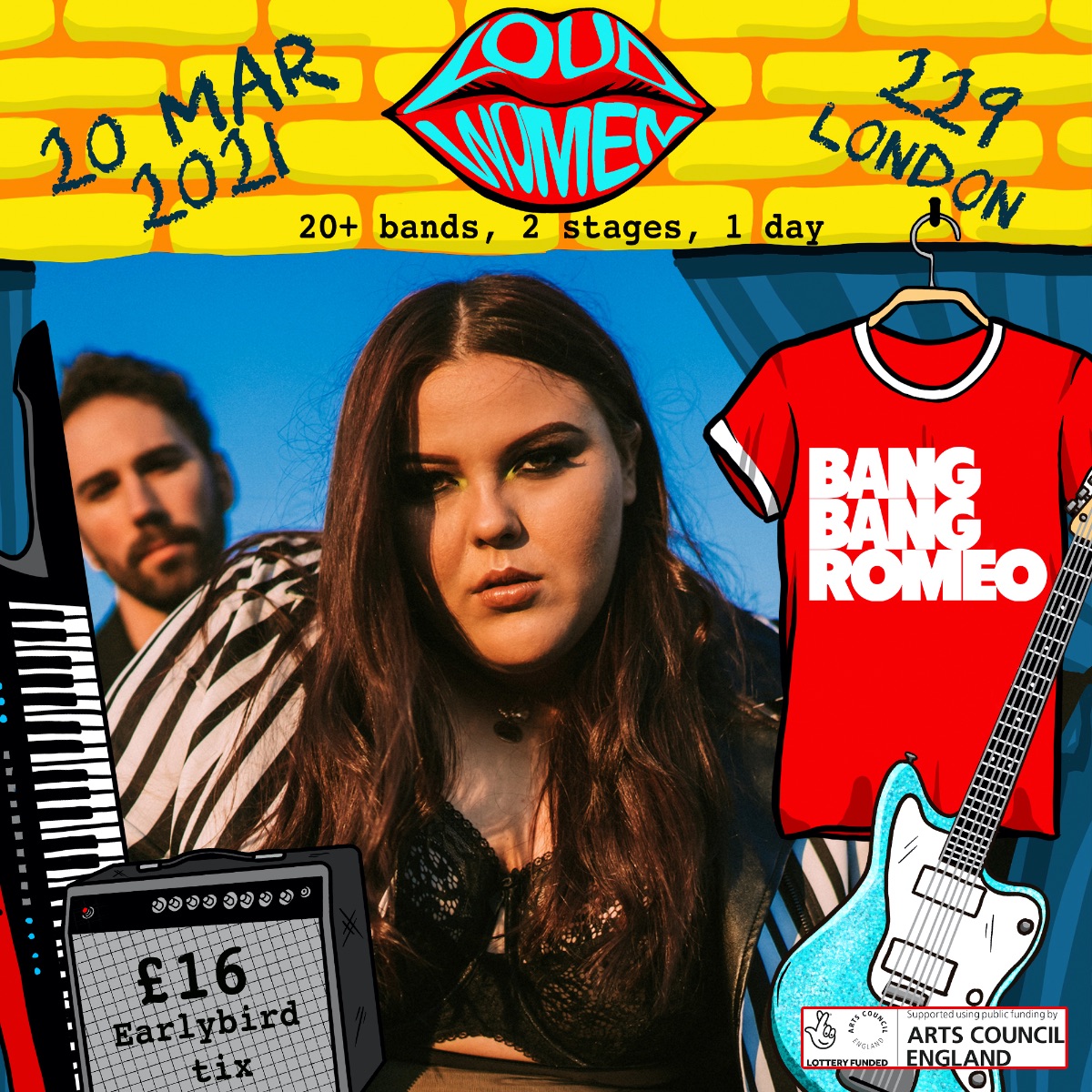 The fifth edition of LOUD WOMEN Fest will take place on 20 March 2021 at 229 The Venue in London. The volume will be turned up higher than ever at next year’s event with a boost from an Arts Council project grant. Founder Cassie Fox says “The aim of the festival is to show how many incredible womxn-powered bands are out there, as a counter to every other festival, those that struggle to even book 50% female acts. In starting and growing the LOUD WOMEN community, I wanted to curate top quality, safe-space gigs that showcased some of the awesome womxn-powered bands in the scene, and to create a community of womxn musicians to support each other.”

BANG BANG ROMEO are set to headline LOUD WOMEN Fest 5 and Fox enthuses “I am super-excited that Bang Bang Romeo are coming to play LOUD WOMEN Fest 5 – they are just explosive live, and Stars is such a driven and inspiring frontwoman, with a phenomenal voice. The perfect headliner for a festival celebrating female musical power!” Bang Bang Romeo are a four-piece rock band from Doncaster/Sheffield way. In Summer 2019 they played a 24 date stadium tour with Pink across the UK & Europe, as well as selling out their own UK headliners last year. They also collaborated with DJ/Producer Example on their single ‘Love Yourself’. The band’s debut album is out now and reached number 4 in the iTunes chart.

Earlybird tickets for LOUD WOMEN Fest are available now at a special price of £16. Over 20 more artists are set to be announced and the event will take place across two stages at 229.

Previous incarnations of the Fest, which started in 2015, have showcased the most exciting newcomers on the DIY, punk and indie scene, such as Vodun, Grace Petrie, Desperate Journalist, Hands Off Gretel, Petrol Girls, Pleasure Venom & The Menstrual Cramps. Building quite a following over the years, LOUD WOMEN received over 500 applications from all over the world from artists wanting to play the forthcoming Fest.

In its five years to date, LOUD WOMEN as an organisation has grown through word-of-mouth to become a thriving global community, with new chapters springing up in the US, Canada, Australia and Ireland, and an influential new music blog. In London alone, LOUD WOMEN has hosted over 100 gigs, showcasing over 300 artists.