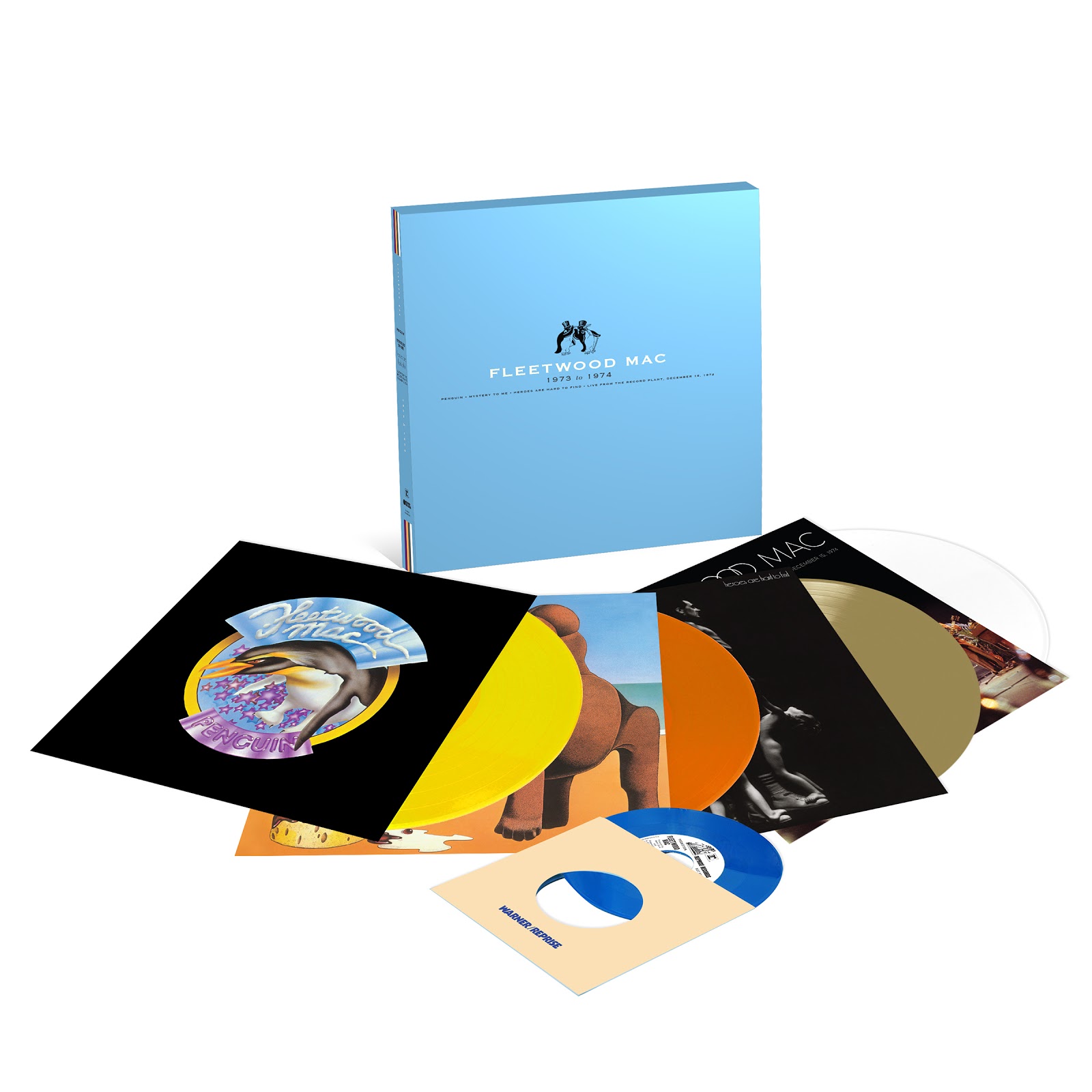 After Mick Fleetwood, Peter Green, John McVie, and Jeremy Spencer started Fleetwood Mac in 1967, they quickly found an audience eager for their British-style blues. Over the next seven years, the band would sign with Reprise Records, release seven studio albums, and release many classic tracks that are still beloved today. Fleetwood Mac’s early rise to fame takes centre stage on two upcoming Rhino releases that spotlight the group’s deep-blues roots.

The first release is an 8-CD boxed set that includes remastered versions of all seven studio albums the band recorded between 1969 and 1974, several bonus tracks, and an unreleased 1974 concert recorded just a few months before Lindsey Buckingham and Stevie Nicks joined the band. On 4 September, FLEETWOOD MAC 1969-1974 will be available on CD and also digitally.

The CD set concludes with an unreleased recording of the band’s December 15, 1974 concert at The Record Plant in Sausalito, California. The performance captures the band – Fleetwood, Welch and the McVies – on tour supporting their latest album, Heroes Are Hard To Find. Originally, the show was simulcast on the legendary rock radio station KSAN-FM in San Francisco.

For the second release, Rhino continues to bring Fleetwood Mac’s early albums back into print on vinyl with a 4-LP/7” boxed set that will be available on 4 September. FLEETWOOD MAC 1973-1974 includes the unreleased 1974 live album along with Penguin (1973), Mystery To Me (1973) and Heroes Are Hard To Find (1974).

To ensure superb sound quality, Chris Bellman at Bernie Grundman Mastering cut the lacquers for all the albums from the original analogue masters, which are pressed on 140-gram vinyl and presented in replica sleeves made to look like the original pressings. As a final touch, the set also includes a 7” single with “For Your Love” (Mono Promo Edit) on one side, and the previously unreleased “Good Things (Come To Those Who Wait)” on the flipside.

On the same day, a limited edition, coloured-vinyl edition of FLEETWOOD MAC 1973-1974 will be available exclusively from www.rhino.co.uk. The studio albums, live recording, and 7” single will each be pressed on a different colored vinyl: Penguin (yellow), Mystery To Me (orange), Heroes Are Hard To Find (gold), Live from the Record Plan 12-15-74 (white), and 7” (blue). The limited-edition is available for pre-order now.