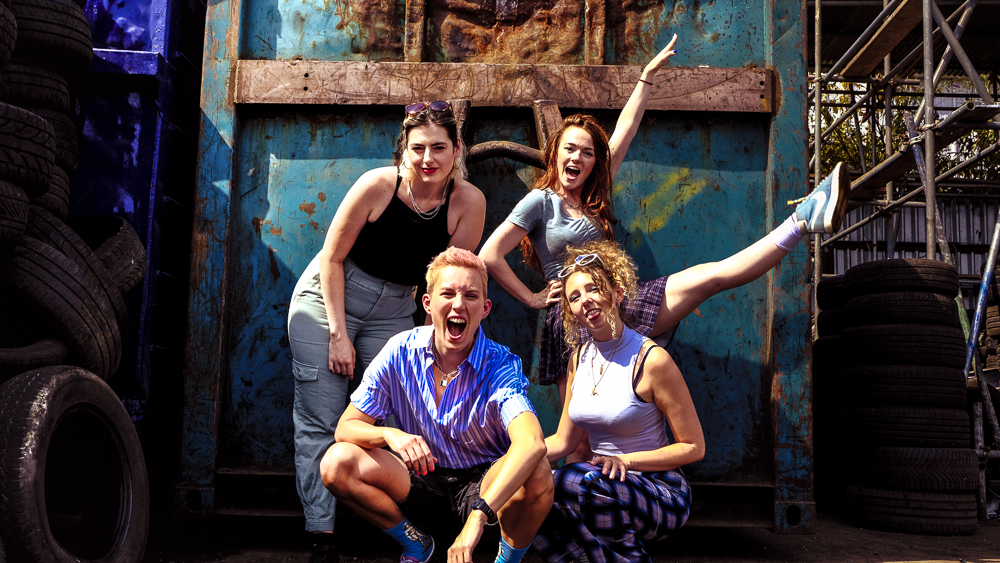 Dream Nails have released a final preview of their self-titled debut album which is set to drop this Friday via Alcopop! Records. ‘This Is The Summer’“is a song about how our climate is breaking down irreversibly,” says singer Janey Starling. “Colonial capitalism, waged by UK governments and corporations for centuries, has ravaged our earth.”

“We need to be urgently fighting for migrant rights so the UK welcomes climate refugees displaced by countries hit by extreme weather. We must demand transparency from oil companies who relentlessly put profit before people, even as the world burns.”

Guitarist Anya Pearson adds: “We wrote ‘This Is The Summer’ in the heatwave of 2018, recorded it in another heatwave in 2019 and now we are releasing it in yet another heatwave! Our video for the track shows how the current pandemic, white supremacy and climate change are not separate issues but interlinked. The song is about the brazen complacency of getting drunk and catching a tan in the park while the world burns.”

Directed by Guen Murroni and filmed with a women, nonbinary and trans crew, the video mixes protest footage with the band doing newsreader parodies. It also features powerful footage of the band performing live in a scrapyard in the sweltering August 2020 heatwave.

In order to celebrate the impending release of their debut album and in the absence of any real live gigs, Dream Nails have come up with a way of recreating the “gig” experience. “We all miss playing live gigs,” says Anya. “So we decided to bring Dream Nails’ riotous live shows straight to your living room! After months of lockdown, our fans are yearning for that authentic punk show experience, so we’ll send out a ‘Gig in a Box’ with all the kit you need to recreate a gig at home! As well as exclusive merch and other goodies, we’ve even consulted a surface designer to create a square of sticky venue flooring for you to stand on – how immersive is that?! See you in the pit!” The “Gig In A Box” Dream Nails House Party #1 livestream will take place on Saturday 05 September at 7.30pm BST The boxes have all been snapped up but you can still join in the fun on the livestream by pre-ordering the album, which will also get you a link to the party.