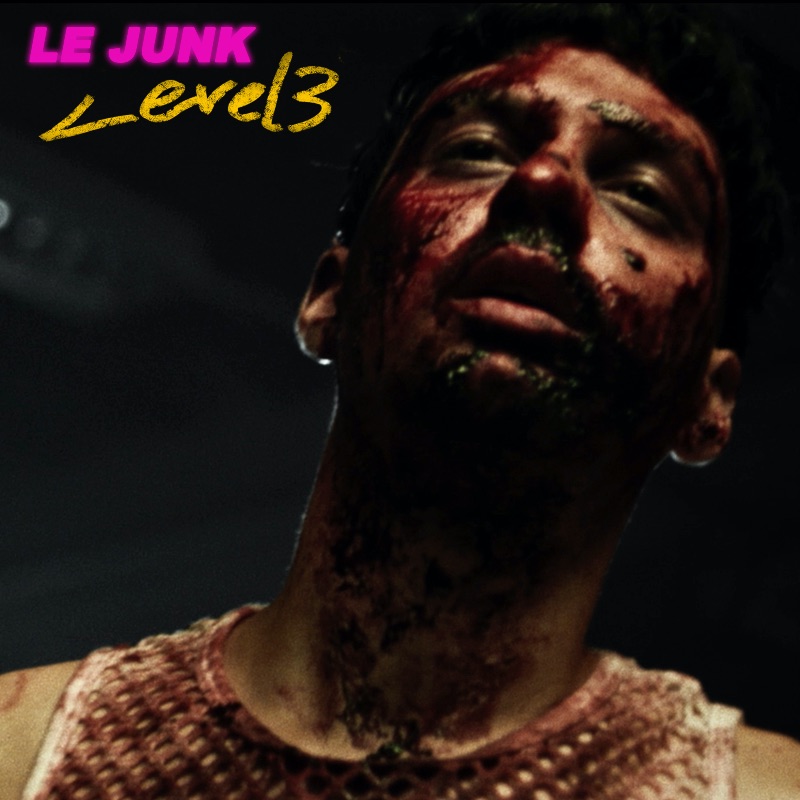 LE JUNK shares the video for his second single ‘Level 3’, showcasing the same glittery but edgy pop sound that hooked us in when his debut ‘Rich Romance’ was released earlier this year.

Out now via Naked Superstar Recordings, the tracks was written, arranged, performed by LE JUNK and mixed and produced by Dan White of Buff Records). It operates at that sonic sweet spot between rock and electronic music, goaded along by a killer bassline and punchy drum machines but blessed with a vocal hook to die for, ensuring maximum earworm fun.

Directed by Elliott Gonzo. the video begins to suggest that there’s more going on to ‘Level 3’ than initials meets the eye – and ear.

‘It’s about all the false ideals we often become obsessed with along the way that ultimately have a negative impact on us,” says Shimon Joseph aka LE JUNK, “The video is a physical representation of this idea (a world of bare-knuckle fighting to the death for money), whereas the song lyrics depict the more common scenario of moving too fast in a relationship eventually leads to break-up. Our fixation on solely thinking we have to achieve certain things in our lives often makes us lose sight of what is genuine and why we do what we do in the first place.’

We’ve heard rumours that LE JUNK might be making a few low key appearances in various East London spots over the coming months, despite the old Covid restrictions, so keep those eyes peeled on his social channels for more info.