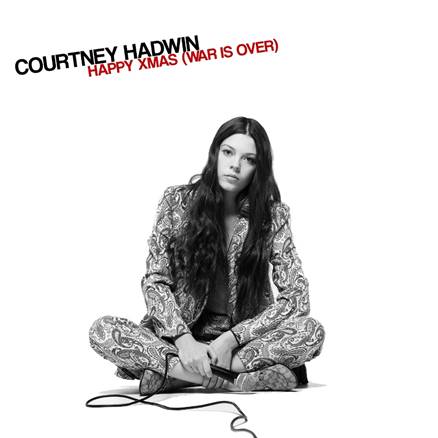 The haunting rendition of the iconic Christmas song showcases the singer’s remarkably broad vocal range and stunning tone while maintaining the warming quality of the song which firmly established it as a festive favourite since its’ first release in 1971.

“I really wanted to sing this song because it feels like it relates to a lot that’s going on right now and how there’s a lot of healing to do in the new year,” Hadwin said, reflecting on recording the anti-war/protest single in 2020. “This year has been very hard on everyone, It’s been a time for us all to think about what’s important.”

With a voice far beyond her years, Hadwin has made huge waves across the Atlantic, having represented the UK in American’s Got Talent where she won the hearts of the nation at just 13-years old. Now 16 and three years removed from her AGT appearance, we see a fully-fledged artist, who has carved out an individualistic, organic and DIY style that’s very much her own. She has spent the last year writing, recording and perfecting her own new music, which will be refreshingly unencumbered by decade or genre.

The project will be the follow-up to her 2019 EP, The Cover Sessions, which has cleared 15,000,000 YouTube views globally and includes live covers of Harry Styles’ “Sign of the Times”, Lil Nas X’s “Old Town Road“, the Jonas Brothers’ “Sucker” and Lewis Capaldi’s “Someone You Loved”. You can stream The Cover Sessions in full HERE.