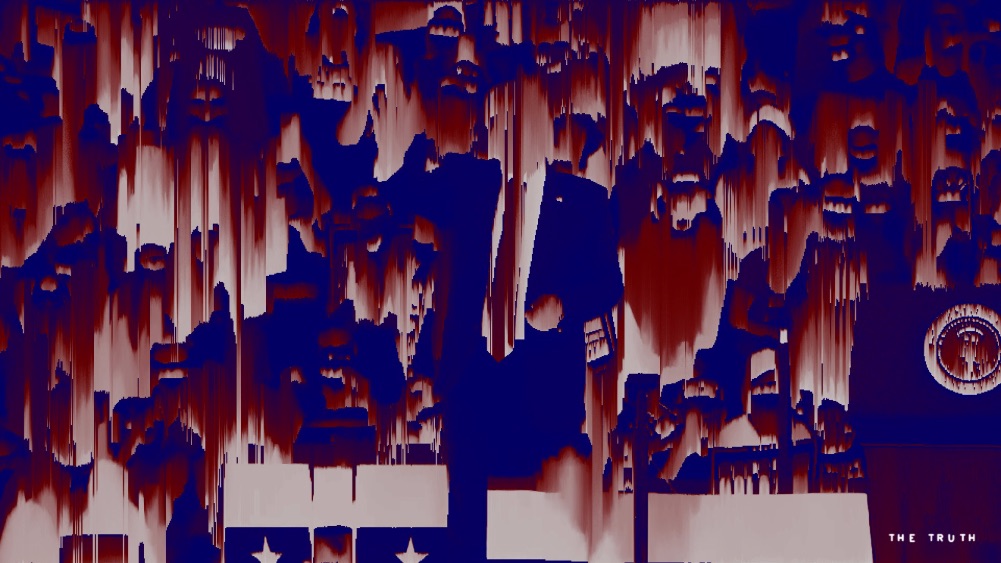 Following the August release of new album ‘KOMPROMAT‘ via Atlantic Curve, I LIKE TRAINS have shared a series of deepfake remixes of lead single “The Truth.”

The remixes see the band’s longtime collaborator and creator of the memorable deepfake video for “The Truth,” Michael Connolly, try his hand at using Artificial Intelligence to rework the track. “The audio in these three vignettes is an AI model trying to continue ‘The Truth’, generated using the OpenAI Jukebox,” he explains. “I revisited my auto edit system from ‘The Truth’ & ‘Dig In’ promo videos and poured on more nightmare fuel. Merry Christmas!”

The band comment: “As our album KOMPROMAT deals with themes of information and how data misuse has led to this nightmarish present, it feels apt to celebrate a step in the right direction by seeing how artificial intelligence would rework our music. It seems to think we should be more melodic, throw in a few key changes and also consider using panpipes. The future of music is pretty nightmarish too it seems.”

After an eight-year hiatus, ‘KOMPROMAT’ sees I LIKE TRAINS return to take an unflinching view of a world that has changed beyond all recognition in that time. It’s a record digging beneath populism’s rise, from the divide and conquer tactics that caused Brexit in the UK, to the ascent of Trump in America and the subsequent reign of lies and misinformation, to discover the grubby hands that have engineered it all. It marks a welcome return for a band who remain a singular presence away from the ebb and flow of UK guitar music fashion; a band in their own orbit, working to their own distinctive style.