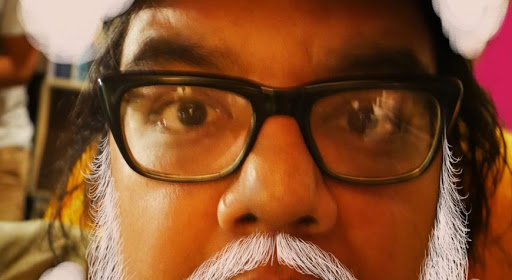 Joel Jerome has released a rollicking version of Jose Feliciano’s holiday classic “Feliz Navidad,” infusing it with his joyful brand of Psychedelic Folk Pop. A pervasive if low-key fixture on the Los Angeles indie scene, Jerome is broadly respected and widely beloved as “equal parts singer-songwriter, producer, mentor, svengali and force of nature” (Buzzbands LA) since founding his esteemed indie band dios (malos) from the South Bay in the late nineties.

“‘Feliz Navidad’ has been a staple of my childhood and Christmas memories going back as far as I can remember,” says Jerome. “Truly the most perfect song, simple, memorable and catchy as hell. I recorded it with love in my home studio Joelpetto’s Workshop with constantly revolving vintage and new gear and it gave me the opportunity to use some synths that I recently acquired. Funny thing is I recorded and mixed the song over 2 days on the hottest weekend I can ever remember, a Christmas song in the midst of an evil heatwave.”

Releasing music as a solo artist since 2010, Jerome’s unique strain of psychedelic folk pop shimmers with the warm glow of 60’s harmonic nostalgia. As a prolific producer, Jerome has guided up and coming LA artists such as Cherry Glazerr, La Sera, and Froth and served as mentor and adviser to countless other young bands.