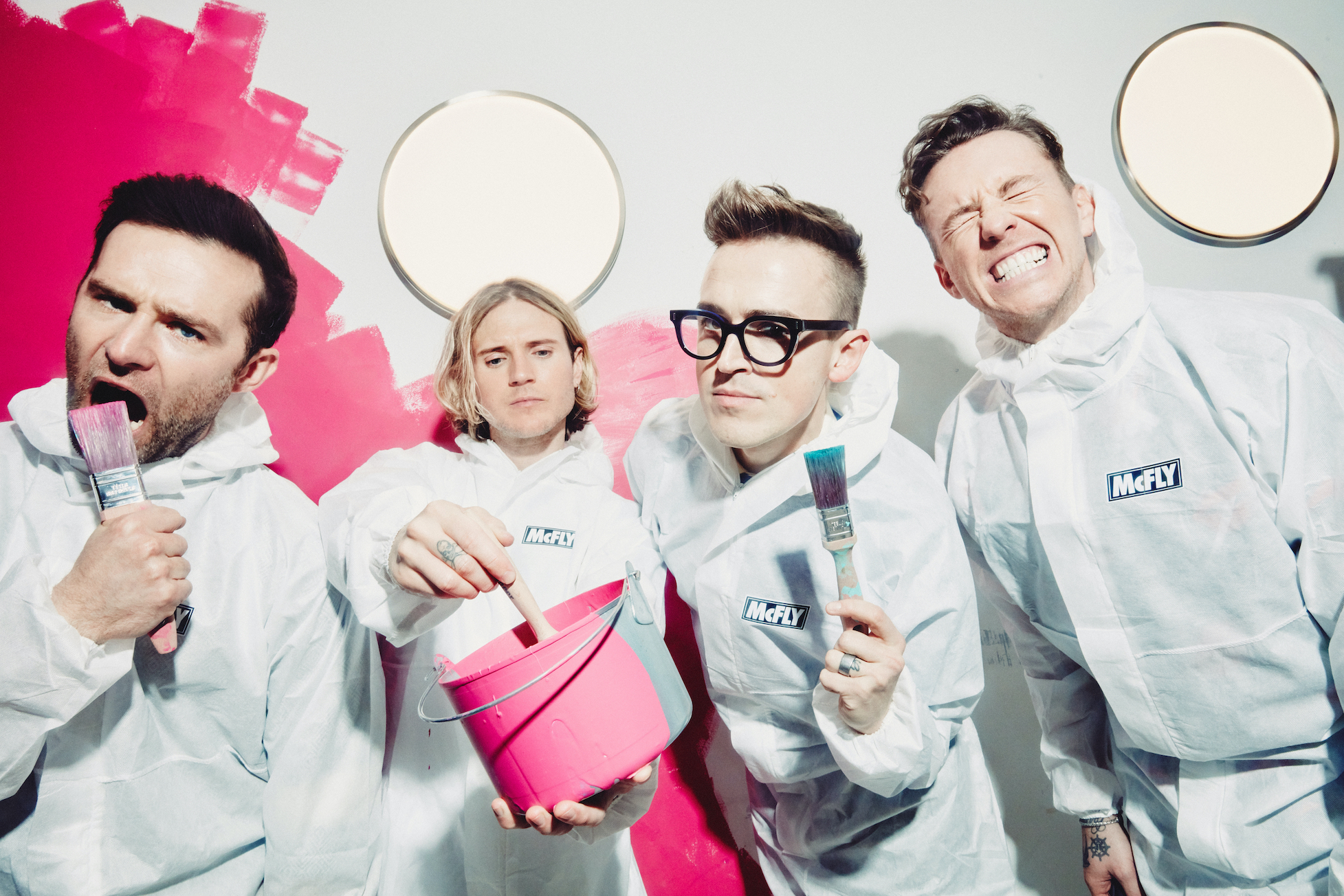 Due to the global pandemic, 2020 has seen all live touring cease, with McFly themselves having to postpone both their UK Arena tour and their tour of Brazil.

McFly still want to perform for their fans, so have launched McFly Total Access as a way of connecting with them and giving content in age where we are in our own homes more than ever. No matter what, McFly want to keep the show going!

Available from Friday November 20th, this brand new subscription channel will be every McFly fan’s dream, with amazing incentives included. For just £9.99 a month or £99 a year fans will receive exclusive video content, live stream performances, band Q&A’s and opportunities to get close to McFly in a way never seen before.

One year after reuniting as a band, McFly are making the ultimate commitment to each other and their future by investing in their own McFly Total Access HQ building in London, complete with a recording studio and rehearsal space. Here the band will write and record new music, letting fans have a glimpse of the process along the way and maybe even being there when their new favourite song is created.

Exactly one year on from when they took to the stage, subscribers will be able to exclusively watch the highly anticipated premiere of McFly At The O2. This one night only gig was the band’s first concert in three years which sold out in 14 minutes, and will air on McFly Total Access a year to the day since it was filmed last November at London’s O2 Arena.

McFly Total Access will also feature all of the band’s back catalogue music videos upgraded to 4K, with lots more band archive content added over time.

The McFly Total Access live streams and content filming has the added benefit of creating jobs for their crew who have been out of work this year due to the pandemic. It will provide an opportunity for crew to work and earn money during this difficult time.

Having signed their first record deal since 2009 with BMG, McFly have just released their highly anticipated new album ‘Young Dumb Thrills’, their first studio album in 10 years. The single ‘Happiness’ was A listed at Radio 2, with the band performing the the track on both Britain’s Got Talent and Radio 2’s Live At Home.

McFly are one of the most successful chart acts of their era, racking up 19 top ten hits including seven number ones and seven gold and platinum albums. Now McFly have released a brand new album that sounds “naturally and quintessentially us”.