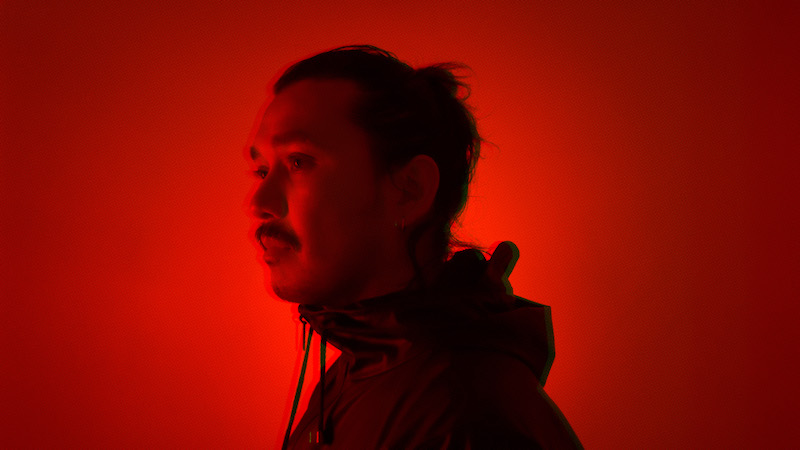 After signing to Houndstooth last year, The Keep is back with a new EP ‘Apocrypha‘, set for release tomorrow, Nov 6th. Today he’s sharing the title track online, with a video directed by Kamil Dymek and animated by Pawel Ptak.

Speaking about the new record, The Keep said “‘Apocrypha’ was inspired by a score I had written earlier in the year for a short film titled In Blood. It uses elements of the score and sound design, and some of the film’s themes are reflected in the track.

Both tracks on this EP explore ideas of delusion, creating false narratives to justify terrible actions and being driven by imaginary forces.

In that context ‘Apocrypha’ is the action and ‘Up Into The Gold’ is the aftermath. The video for Apocrypha is an interpretation of how that person might perceive the uncontrollable forces that drive them.”

The Keep is the solo project of Gothenburg-based Oliver Knowles who blends a collection of drones, noise and rhythms. ‘Apocrypha‘ EP was mastered by Matt Colton at Metropolis in London and will be available via Bandcamp tomorrow as a pay what you like release here.