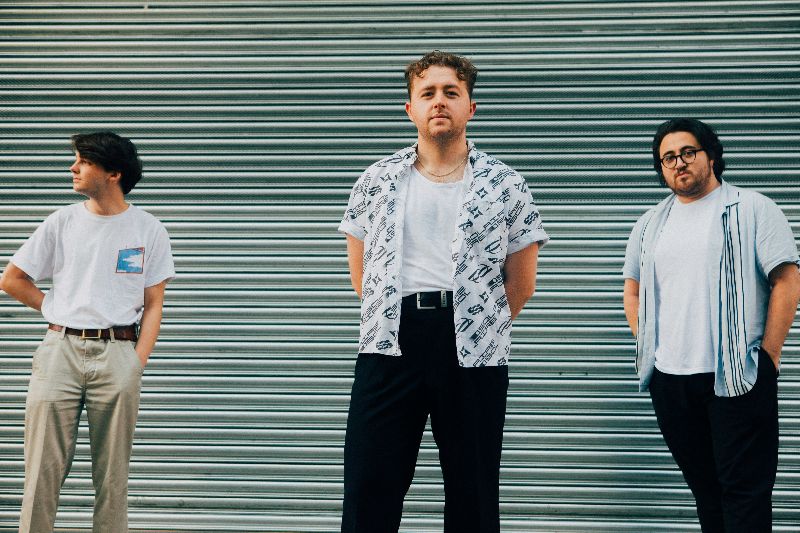 Vistas have today unveiled a special one off cover of Shakin’ Stevens’ ‘Merry Christmas Everyone’.

The session was recorded at the historic Parr Street Studios in Liverpool for the Spotify Singles Holiday Collection, fresh after the trio featured as a RADAR artist – Spotify’s emerging artists program earlier this year.

Bringing their soaring energy to the shakey classic, Vistas’ version of ‘Merry Christmas Everyone’ is a raucous, energetic reworking that still oozes festive cheer, perfect for a pit under the mistletoe.

Talking about the cover, Vistas said: “We thought for a long time about what song to cover for our Spotify Holiday Single and eventually settled on Shakin’ Stevens’ ‘Merry Christmas Everyone.’ Between the three of us it’s probably our favourite Christmas tune and we thought it lent itself well to flipped into an indie guitar track. We went big on the ending too! Hope people enjoy, and happy holidays”

The Spotify Singles come in the wake of a huge 2020 for the band, who released their debut album Everything Changes in the End to critical acclaim. A record bursting with feel good indie tracks, the album was long awaited after three years of singles and EP’s, hundreds of live shows and festivals across the UK and beyond, and saw the band chart at 21 on the Official UK Albums Chart.

Next spring will also see Vistas head out on their biggest UK headline tour to date (rescheduled from autumn 2020), including huge shows at London’s Heaven and Glasgow’s Barrowlands. The full list of dates can be found below, and tickets are on sale now.