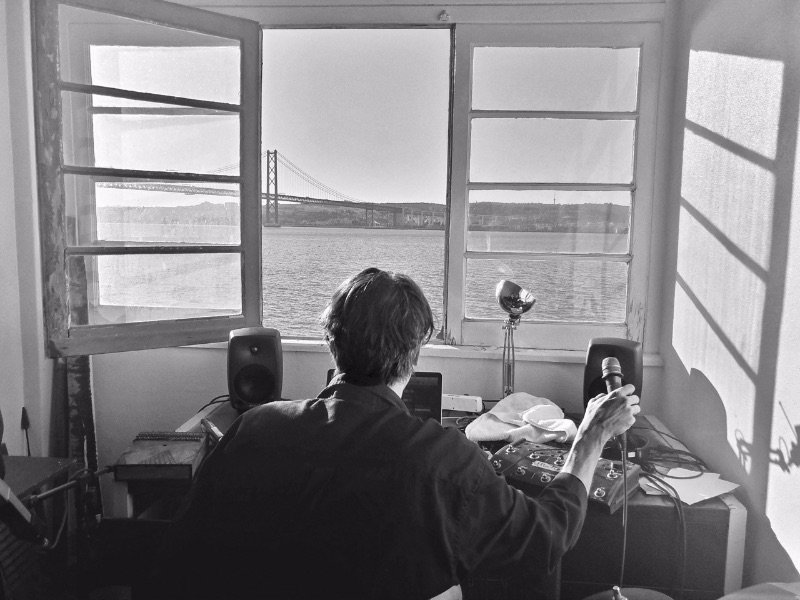 Today Casper Clausen, frontman of Efterklang and adjacent project Liima, has shared a second single from his forthcoming debut solo album, ‘Better Way,’ which will be released on his birthday, Saturday January 9th via City Slang.
Following the juddering, 9-minute krautrock opening jam “Used To Think“, new single “Ocean Wave“ and the accompanying video is a woozy, laidback homage to Lisbon, Portugal, where the album was made.

Commenting on the video, he says: “The video for Ocean Wave is by my friend and film director Sebastião Braga. Sebastião followed me and filmed loads of stuff from and around my studio in Lisbon over the past 3 years. I asked him to boil it down to an 8min homage to the place where I wrote all the music for my album Better Way – to the flowing water just outside my window, and to the dying sun that sets across the river, over the Sintra mountains every evening. To let you see a bit of what I’ve been looking at while making the music.”

Always restless and brimming with creative energy and zeal, on this first solo venture Casper Clausen exhibits a new sense of ingenuity and musical exploration, unrestricted by formats, genres and collective goals. He presents a kaleidoscopic album journeying new terrain, twisting dense textures and swirls of sound into tales of alienation and love.

“It’s a record about finding a better way, loving stronger, falling harder,” he says. “It’s about being far away, and it’s about being myself, how I make music by myself. It’s my first album, though I’ve been in bands ever since I started making music in my teens. Most of the songs on this record were written in a similar way; I’d go to my studio every day, turn on some machines and find some sounds that I like and let my mind drift away. I would always leave one song behind every day I went to the studio.”

Through eight tracks of sparkling, light-filled explorations Clausen channels moods and sounds with a sense of unbridled freedom, optimism and inquisitive liberty, touching on elements of krautrock, avant-pop and progressive rock, whilst the delicate, bassy vocal refrains and expansive approach to composition is unmistakably the Casper Clausen fans have come to know. “I was trying to capture an intuition, rather than a fully composed song”he comments. “It was more about the jam, the experiment”.

Deeply rooted in his residency in Lisbon, Portugal, the songs came together through snatched moments between tours when he would use his downtime finding inspiration in the local music scene, in his daily commute across the Tejo to his studio in Almada, and in looking back across the water as he worked, watching cargo ships pass and the cobbled streets, coloured facets and terracotta roofs of the city cascading down the hills opposite. “I wanted something from my time in this city to last”he says. “To make an album seems like a good start.”

The album artwork was created by his long-time Portuguese friend Fatima Moreno, and the songs were mixed in the hills outside the city by Sonic Boom of Spaceman 3. ” My very first introduction to him was listening to the Spacemen 3 song “Big City” in Berlin at 8mm bar years ago – there’s a little nod to “Big City” on “Used To Think””he comments, referring to the album’s opening 9+ minute jam.“I went out to meet him and his partner in their house. It’s magical. We decided to mix and produce the album there, in his studio. I was fortunate to co-pilot, while he was warping the sound of the record, I admire his incredible ear-mind. I learned a lot from him.”

And so, here it is – the debut solo album from Casper Clausen. Not so much a record to be explained rather than to be experienced; a story in 8 chapters, a celebration of the universe and a call to arms: to dig deeper, reach higher, fall better, stand taller and find a Better Way.

‘Better Way’ will be released on January 9th via City Slang. All relevant links can be found here: http://casperclausen.lnk.to/betterway