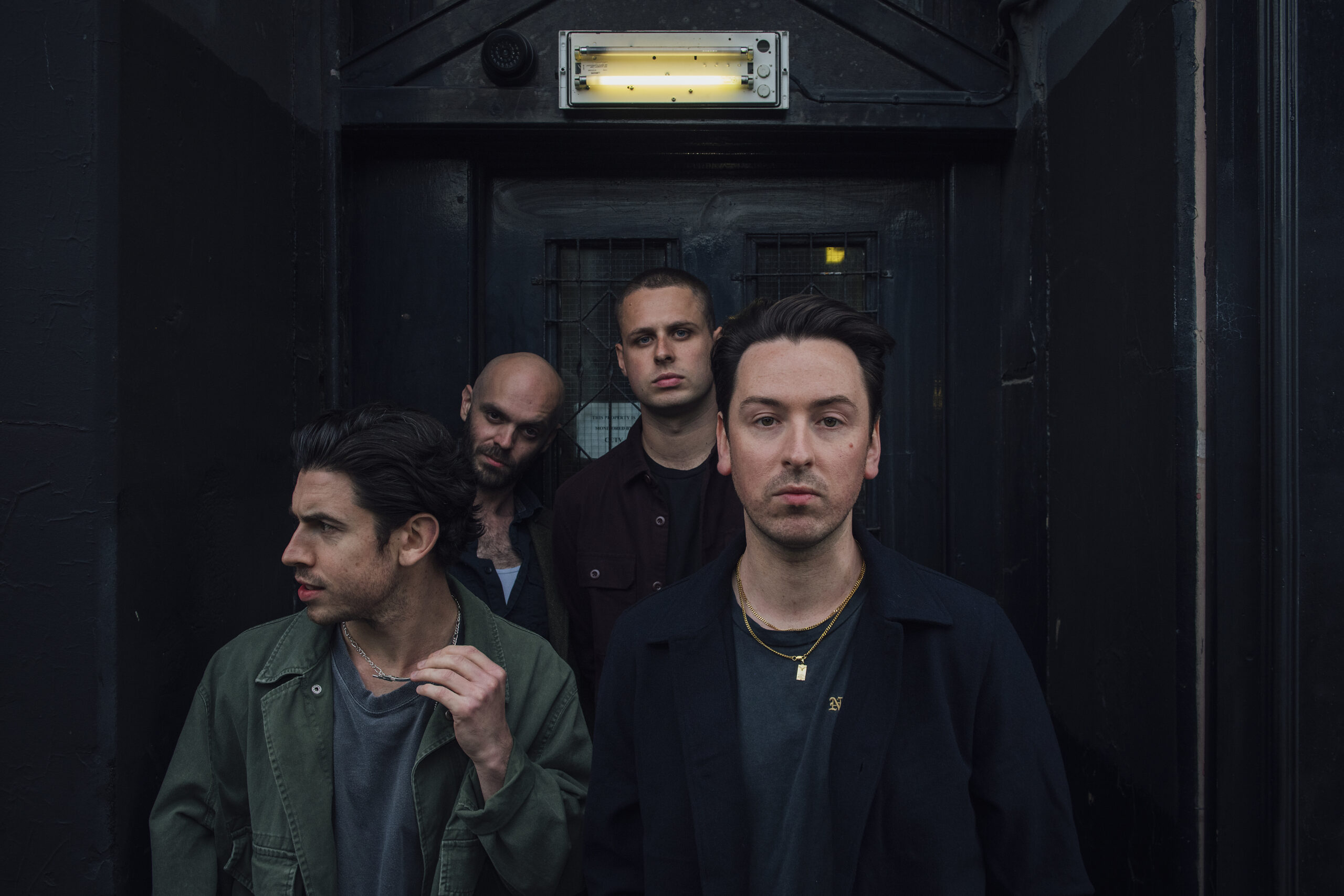 To celebrate, the Coatbridge rock titans have announced a livestream taking place on Friday 18th December, which will be hosted over at Tijuana Bibles’ Youtube Channel in aid of Shelter Scotland.

Urgent. Agitated. Hellacious. “It seems like we’re at the mercy of the so-called ‘Captains Of Industry who steer the ship as we shovel coal into the engine, keeping it going in a direction none of us want to go in…” says Tony Costello. “Stateless is about denouncing their pompous triumphalism and flag-waving, it’s a show of defiance but above all else, this is a celebration of our – the ordinary – collective power.”

Speaking on the video: “Stateless is a collaboration between two of our favourite artists; Animator & Filmmaker Chay Milne, who we met at our show in his home city of Aberdeen. We clicked and shared a lot of creative visions and kept in touch when he moved to London. It was nice to hear that Chay was a fan of our band and when we received a mail with a link to his animations the feeling was more than mutual! And David Muir, who is a long term friend and collaborator, having previously toured with the band, capturing photographs of ‘real tour life’ and collating film footage from countless live shows which have featured in some of our previous music videos. We shot the film for this particular video in under half an hour, after a bit of a hectic one, but I think it suits the chaos of the song and the black and white visuals make the yellow lyrics and animation pop and burn!”

Recently signing to 7 West Music, ‘Stateless’ is the first piece of new material from Tijuana Bibles since 2017’s ‘Pariah’, which landed in IBERO 909 – Mexico’s biggest rock radio station – top 5 tracks of the year.

Fascinated with life beyond their hometown of Coatbridge, Tijuana Bibles’ unique alchemy and prescribing charisma has charmed audiences around the world, making for an impressive touring history. Holding their own on support slots with Twin Atlantic and Clutch, their two-night residency at Glasgow’s King Tuts Wah Wah Hut became infamous and soon, the four piece were welcome faces in the dark basements venues of Berlin, Paris and Poznan. Festival appearances, punctuated by guerrilla gigs on the streets of their travels, include Reading & Leeds, Isle Of Wight, Spain’s Kutxa Kultur, Germany’s Reepbahn and Austin, Texas’ SXSW.