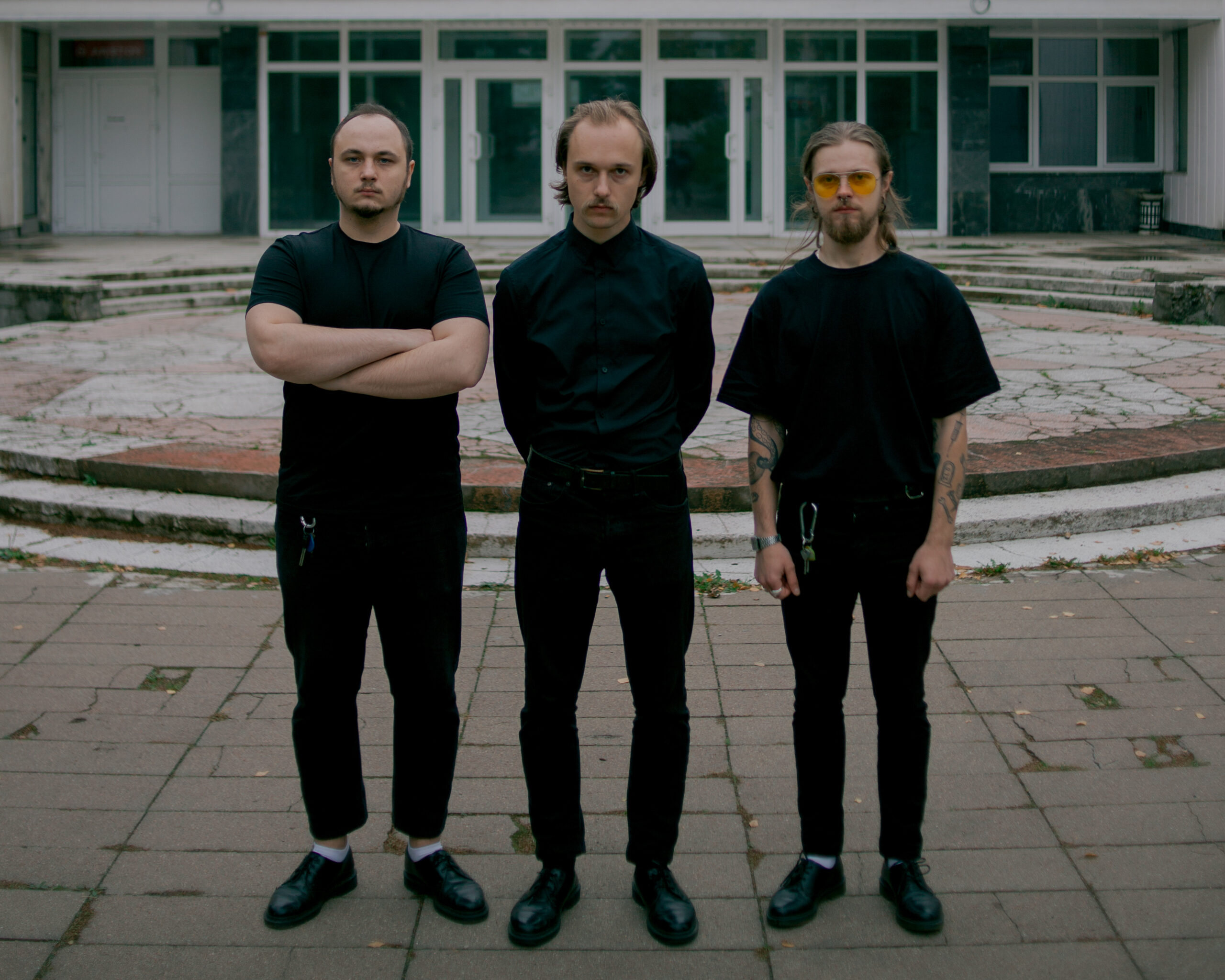 The new video, directed by Mikita Kostochko and filmed in their home town of Minsk, Belarus, beautifully complements the wistful sense of yearning, following a man who spends his days reluctantly painting over inspired graffiti.

‘Monument’ is a fitting title for the third album by Belarusian trio Molchat Doma. Indeed, it stands as a monument to everything they’ve achieved in their short time as a band, from whispered-about unknowns to enigmatic underground icons, to legitimate viral sensations with hundreds of thousands of TikTok videos using their music.

Molchat Doma (translated as “Houses Are Silent”), founded in 2017 in Minsk, stand at the intersection of post-punk, new-wave and synth-pop. Dark, yet danceable. The band is comprised of Egor Shkutko, who sings the Russian lyrics in his deep, thundering tones, Roman Komogortsev on guitar, synths, and drum machine, and Pavel Kozlov on bass and synths.

Written and recorded while the band was quarantined in their hometown of Minsk during the COVID-19 pandemic, ‘Monument’ is a conscious step up in songwriting and fidelity, and it reveals a band preternaturally comfortable in its own skin. Their greatest strength has always been their songwriting, and three albums in, they have truly honed their craft. With ‘Monument’, Molchat Doma have done one of the hardest things to do as a band. They’ve greatly expanded the scope of their music while retaining everything that made them great in the first place. ‘Monument’ is a marker of what promises to be a truly pivotal moment in their career.