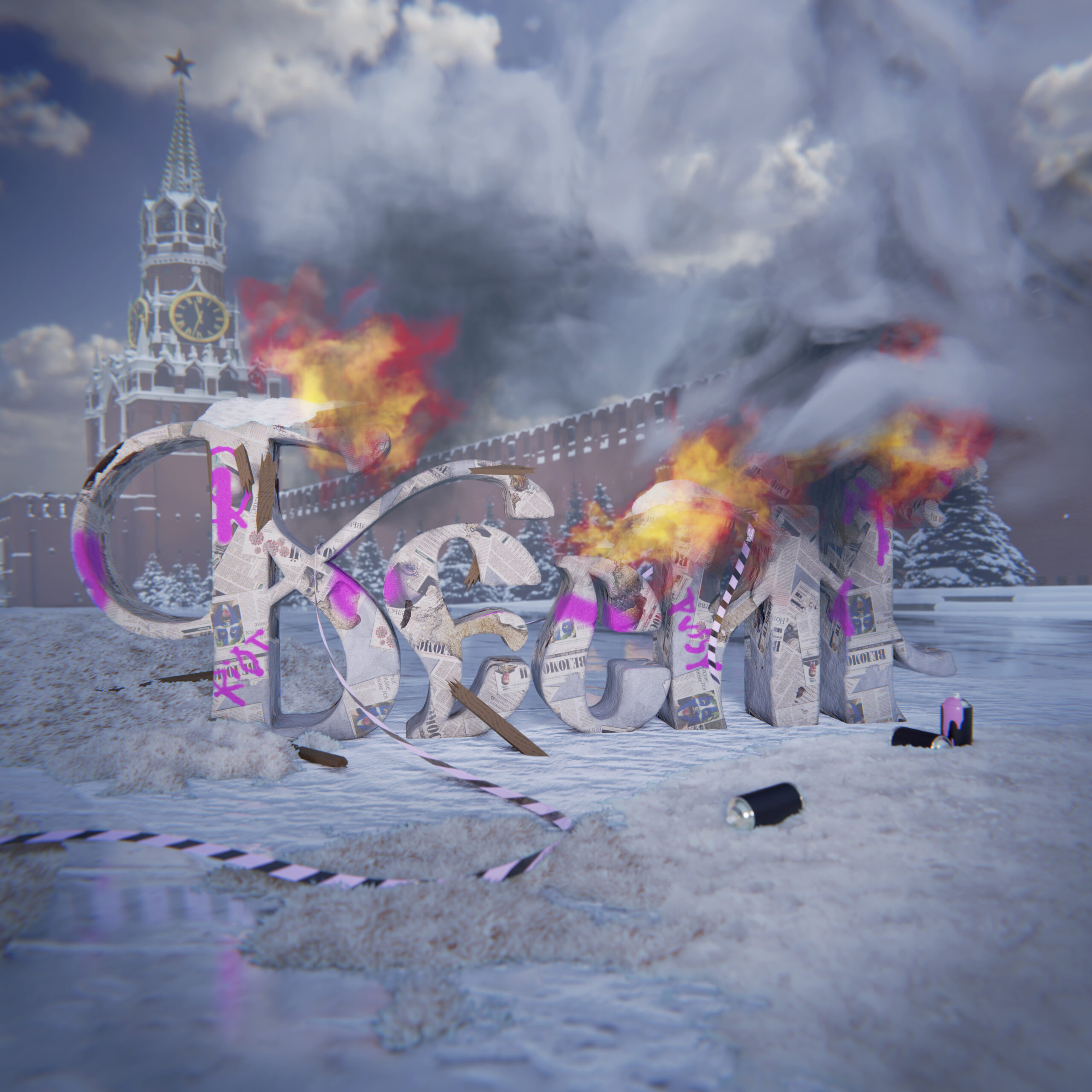 We all must put as much pressure as humanly possible on Putin to make sure that he releases all political prisoners. “RAGE” is a part of the campaign for the immediate release of Alexey Navalny, Pussy Riot’s Masha Alekhina, and dozens of others.

“Imagine that Trump stayed in the office for the 2nd time and he jailed AOC and her supporters. What’s happening in Russia is outrageous and unacceptable. Putin must go. He’s one insane, sad, lonely and corrupt man who is dangerous for society.” – Pussy Riot’s Nadya Tolokonnikova

“RAGE” was filmed in February 2020, and originally it was to be released with Pussy Riot’s debut studio album RAGE later this year. The recent wave of political repressions led to a decision and the urgent need to release the video sooner and dedicate it to all political prisoners in Russia. It’s Pussy Riot’s only weapon against the authoritarian oppressive regime – art. By sharing this video as well, you help us to stand against Putin.

Pussy Riot demands the immediate release of Alexey Navalny, and encourages you to demand it, too.

“RAGE” is co-produced by Grammy-nominated Chris Greatti together with Crazy Demxns, and reflects on what one feels being an enemy of the state and a heretic in their own homeland, about pain and depression it may cause, about jail cells and police batons, and about people finally refusing to obey and expressing their rage at last.

“RAGE” was filmed on the 10th of February 2020 in St. Petersburg. Over 200 LGBTQ+, feminist, anti-authoritarian Russian activists have participated in the shoot. The studio was raided by the police shortly after the team started filming – the video “RAGE” is edited from bits and pieces of what Pussy Riot were able to film before being interrupted. The police cut off the electricity in the building. Police cars blocked the roads around the studio. Tolokonnikova and others were accused by the police of “gay propaganda”. 12 activists, including Tolokonnikova, were detained for 5 hours.

HOW-TO:
PARTICIPATE IN PUSSY RIOT’S CAMPAIGN FOR THE RELEASE
OF POLITICAL PRISONERS IN RUSSIA!

1. POST A 10-SEC CAMPAIGN CLIP (get clips HERE) OR THIS CAMPAIGN PICTURE
2. USE HASHTAGS: #FreeNavalny #FreePussyRiot #FreePoliticalPrisoners #БЕСИТ
3. ATTACH A LINK TO THE FULL “RAGE” VIDEO: https://youtu.be/ZUiU8QamHi0
4. WRITE IN YOUR OWN WORDS:
I stand with Pussy Riot. Russia will be free.

THANK YOU FOR PARTICIPATING IN PUSSY RIOT’S CAMPAIGN.