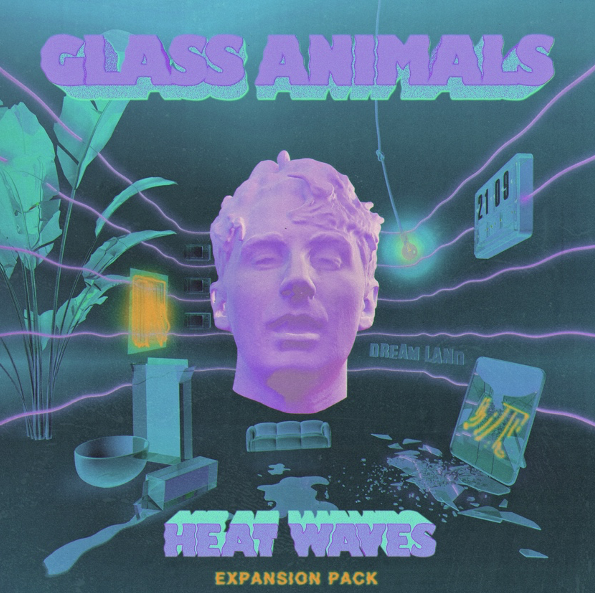 Oliver Heldens injects his signature dancefloor sound with sleek synth programming working its way around a club-focused 4/4 beat. The Dutchman builds the track to euphoric crescendos with the ecstatic drops primed to cause an absolute stir amongst any crowd. Kicking off with a banging, peak-time house remix from Sonny Fodera, the trailblazing producer lays down a bustling kick-hat pattern and a deep and delectable classic house bassline. Ecstatic oscillating synths build the energy, and Fodera pitches down the vocals for an alluring club-ready topline.

The original version of the track is currently exploding on streaming platforms, landing in the Top 50 across Spotify’s Global Chart, as well as US, UK and Ireland Charts, garnering 191 million total global streams and a peak of 1.59 million daily streams to date. This will be the first of two drops for the “Heat Waves” remix EP, titled Heat Waves (Expansion Pack). The single recently hit #1 on triple J’s 2020 Hottest 100. The track has been edging up the charts all round the world, and its global growth has hit a new high by becoming triple J’s “hottest song in the strangest year of our lives.” Glass Animals is the first British band to top the poll since Mumford & Sons in 2009, and previous winners of this coveted top spot have been Billie Eilish and Kendrick Lamar. The track currently sits in the Top 10 on the Alternative Radio Chart, and it continues to climb up the Billboard Hot 100 Chart and Billboard Global 200 Chart, making it the highest single chart peak success in the band’s history.

Glass Animals’ critically-acclaimed album Dreamland entered UK charts on its opening week at #2—their highest ever scoring chart position, a massive 21 spots above their last album, Mercury Prize nominated How To Be A Human Being—and charted inside the top 10 in the US, Australia, New Zealand and Ireland. The album clocked up 160 million streams in its first week of release, and the band’s single “Heat Waves” has been blowing up on streaming, with spots inside the Top 10 on the Global and US viral charts, ever since.

Following its release in August, Dreamland entered the UK chart at #2 behind Taylor Swift and was Glass Animals highest charting album to date. The headlines were reflected boldly in the US as well, where the album went straight into the Top 10 in the Billboard Chart with the highest chart position for a British Alternative Band since The 1975.