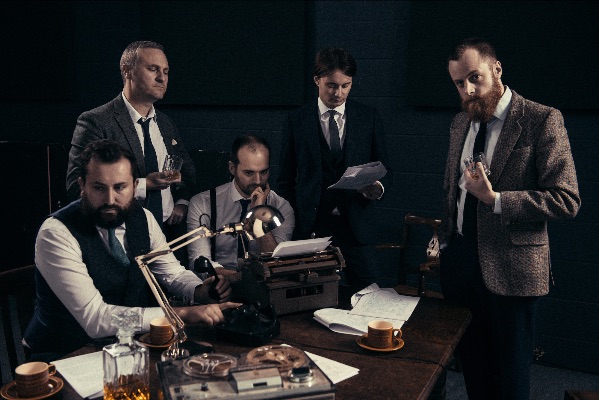 Following the August release of new album ‘KOMPROMAT‘ via Atlantic Curve, I LIKE TRAINS’ searing take on post-truth politics, “The Truth” gets a hefty bass-heavy rework by Vessels. The Leeds band have also announced a string of European tour dates for Autumn 2021.

“I don’t usually have a remix in mind when it come to our own music,” I LIKE TRAINS vocalist David Martin explains, “but ‘The Truth’ was always designed to make people move, and it seemed logical to gear it up properly for the dance floor. We asked for something dark, relentless and filthy and Vessels delivered it in spades. Our bands go a long way back. We were playing shows together in Leeds basements when we were starting out, and have gone on to take our own paths and carve out our own niches. We’ve always been close so it’s great to be able to come together again, and take stock of those journeys.”

After an eight-year hiatus, ‘KOMPROMAT’ sees I LIKE TRAINS return totake an unflinching view of a world that has changed beyond all recognition in that time. It’s a record digging beneath populism’s rise, from the divide and conquer tactics that caused Brexit in the UK, to the ascent of Trump in America and the subsequent reign of lies and misinformation, to discover the grubby hands that have engineered it all. It marks a welcome return for a band who remain a singular presence away from the ebb and flow of UK guitar music fashion; a band in their own orbit, working to their own distinctive style.