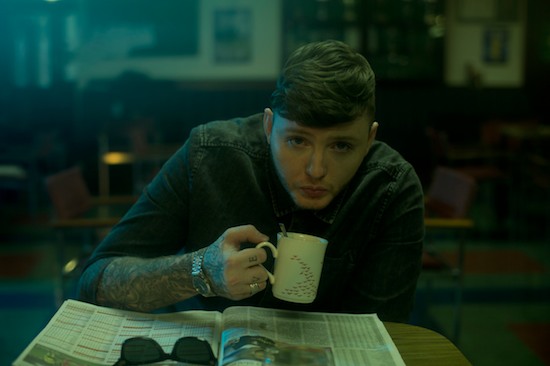 The deal is a co-deal with Columbia Records Germany, who have worked with James for the last five years since his No.1 album ‘Back From The Edge’.

Columbia and Columbia Records Germany will release James’s fourth album in 2021, with a new single coming this March. James was previously signed to Syco Music in the UK.

Ferdy Unger-Hamilton, President Of Columbia Records UK says: “Columbia Records are really excited to be working with James. He has proved himself to be a brilliant songwriter over the last few years, and we regard ourselves as being really fortunate to get the opportunity to work with him. He has a fantastic album in the pipeline, expect 2021 to be a big one for him!”

James says: “I consider it an honour to be signing to a label with such prestige – Columbia have historically signed iconic artists and musicians, many of which have inspired me along the way, so to be adding my name to a roster that boasts so many legends is a sign of how far I’ve come and is a huge compliment. I’m very grateful to Columbia for wanting to work with me and am extremely excited to write this next chapter of my career with them. I have a feeling it’s going to be some journey!”

Patrick Mushatsi-Kareba, CEO of Sony Music Entertainment GSA adds: “It has been a privilege to work with James and we are extremely proud to have our internationally minded team continue to be at his full disposal with us and Ferdy’s fantastic team forming a complementary force. So we will not rest and try to beat past records James has achieved.”

James has sold over 30 million records worldwide and has released three hugely successful albums ‘James Arthur’ (No.2), ‘Back From The Edge’ (No.1) and ‘YOU’ (No.2), alongside nine solo UK Top 40 singles. He has had two No.1 smash hits and was awarded a disc for reaching a billion streams on Spotify with his No.1 global hit ‘Say You Won’t Let Go’.

James recently dominated the airwaves and charts with his storming collaboration with Sigala ‘Lasting Lover’. The track was a No.1 airplay song in the UK, No.1 on iTunes and Top 10 on the Official Singles Chart. He is also currently in the Official UK Chart with ‘Train Wreck’, a track written and recorded for his debut album ‘Back From The Edge’, that found a new lease of life via Tik Tok. The track has had an incredible 310 million streams to date.