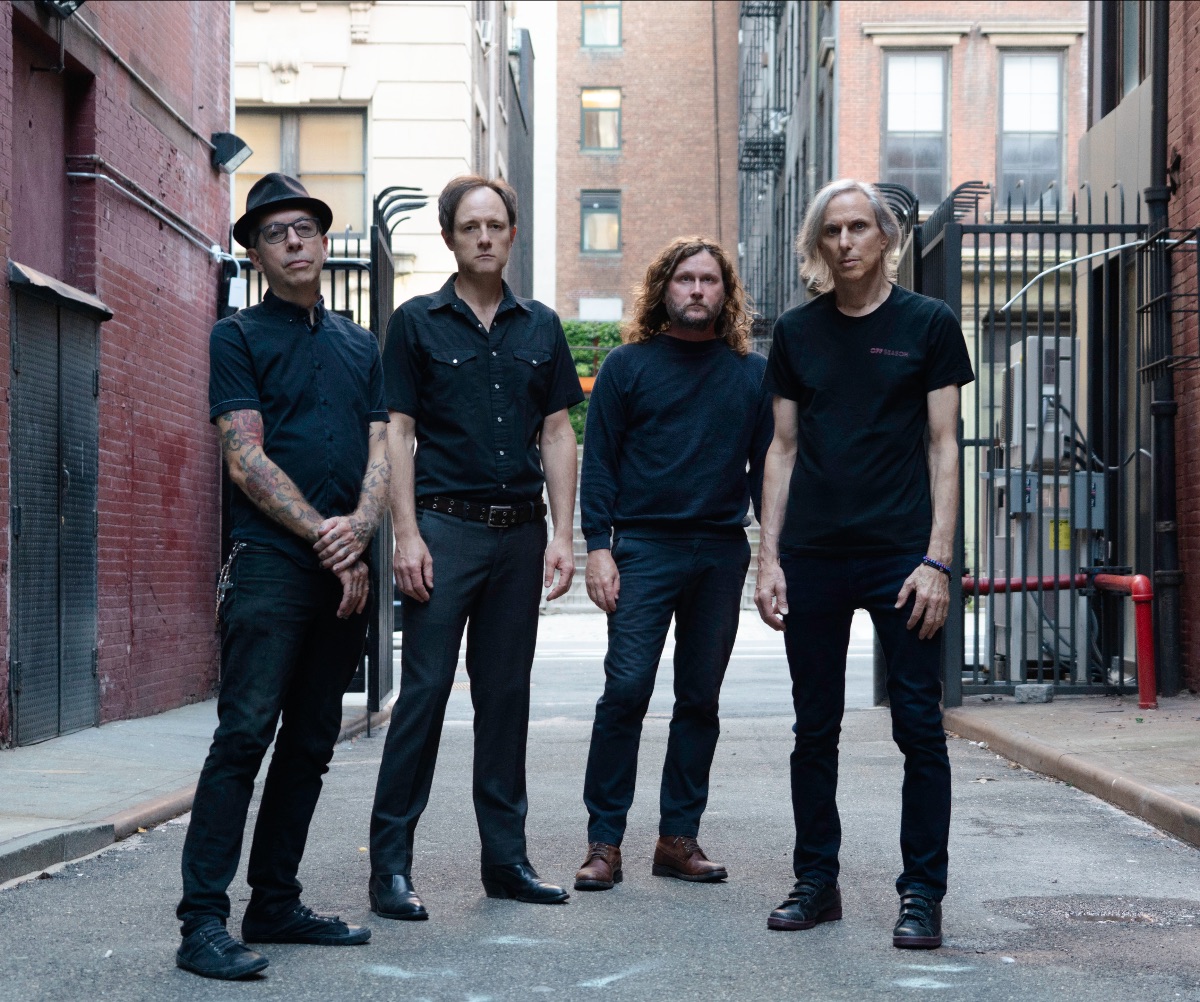 LIVE SKULL share video for “In A Perfect World”

Today NYC’s Live Skull have shared a new video for “In A Perfect World“ taken from their recent album ‘Dangerous Visions’ released on Bronson Recordings.

Live Skull founding member Mark C comments on the video saying: “I shot the opening footage on lower Broadway in Manhattan, where I live and remained during lockdown. The occasion was several nights of vibrant Black Live Matters demonstrations, which were marred by hooded counter demonstrators who smashed storefront windows and committed other acts of vandalism. The twin pandemics, the spread of Covid 19 and the growing empowerment of violent far Right groups, provided the backdrop for our writing In a Perfect World. The siren at the start of the song was recorded from my fire escape. Reflecting the isolation experienced under lockdown, the video is limited to the four band members and their partners. As a contrast to the heaviness of the times, we opted for some simple role playing, while poking fun at themes of identity, fear, and our own mortality; and noting that our time spent alone/together has altered us in ways we might not be aware of.”

Emerging in the early 80s at the end of New York’s legendary No Wave scene alongside Manhattan comrades Sonic Youth and Swans, Live Skull reshaped the aggression of burned-out post-punk into heavy, guitar-driven rock. This new release showcases their evolution, with Side 1 featuring recently recorded tracks, whilst Side 2 digs into the archives and includes four tracks from their 1989 Peel Session, released here for the first time.

Such a wide range of sources could make for a scattered album, but Live Skull‘s singular approach to music making unites everything on ‘Dangerous Visions’. The band’s new tunes tear into the air with the same ferocity of their early material, while the unearthed tracks are still vitally relevant today. Four decades since they began, the world still needs music from this band that never stops evolving and pushing itself–because there’s still no one who sounds like Live Skull.

‘Dangerous Visions’ is out now on Bronson Recordings. Order it now at https://liveskull.bandcamp.com/album/dangerous-visions