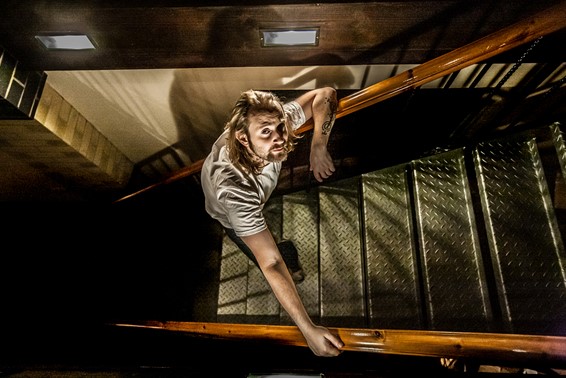 Collins has been racking up a lot of interest from the more prog-orientated corners of the internet and print media.  But there’s a whole load of wider influences going on in this, the lead track from his album of the same name.

For starters, the track is underpinned by a thumping breakbeat worthy of Led Zep’s hard hitting John Bonham, and when Collins’ voice joins it, it’s reminiscent of the edgy glories of Nine Inch Nails.   By the time it hits the chorus, however, it takes another swerve and lays on the bombast, a proper big chorus that drives itself into your consciousness.

It’s ambitious stuff, for sure, but to these ears it’s more progressive – in the proper sense of charting  new territory –  than prog rock.