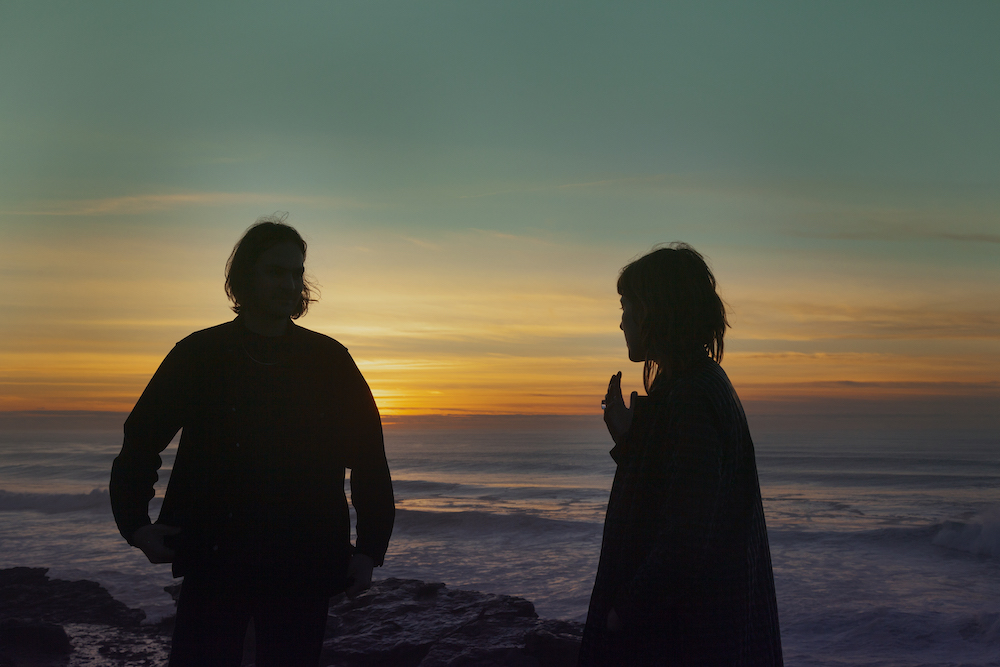 Following the released of their new album ‘Kids Talk Sun’ via Felte Records at the end of last year, today Lisbon-based Mexican/German duo Camila Fuchs have shared a haunting video for the album’s moody, intoxicating crescendo, “Mess“. WARNING: this video has constant flashes that could be dangerous to view if you have epilepsy.

Recorded with Spacemen 3/Sonic Boom’s Peter Kember in the misty, castle-peaked hills of Sintra, just outside Lisbon in Portugal, the duo’s third album sees their experimental electronic pop imbued with a youthful sense of light and wonder. Amidst nine tracks of off-kilter, vibrant atmospherics, they give an abstract meditation on childhood, the exchanges between humans, nature, and within nature itself.

On “Mess“ crunching beats, creeping electronics and mellow, lingering vocals make for one of ‘Kids Talk Sun’s most powerful and brooding moments. “‘Mess‘ brings the shadows. It’s the lonely place from which to watch. A social heartbreak where one doesn’t fit in and is always shifting trying to find connections. It’s about the lack of communication and the possible void that it can create. It’s about language as the way to get to know each other. It’s such a precise tool. If we don’t use it, are we truly getting to know each other? ‘Love is where we go first with the word but it’s not just about something light and happy and pleasurable. The word calls us deep, deep responsibilities,’ said Elizabeth Alexander. This song is about a place where we’ve all been. It welcomes the sharing, the questioning, the urge and nature of talking, it’s about being open to actively get to know each other.”

The accompanying video was made by Camila in collaboration with her sister Manuela De Laborde and is online now.

On ‘Kids Talk Sun’ they have managed to harness a transformational space of exploration and experimentation.  The album was recorded near the sea and wilderness just outside Lisbon, with the band shifting back and forth from the natural world to the studio.

The result is an ecosystem of complex, ever-evolving sounds working together, with generosity given to the process itself; the biomimicry of plants, insects, the sun and moon, earth, seasons, and cycles gorgeously reimagined in sonic form. There is a sense of multiplicity, a reassurance on change deeply rooted in transformation, on things disintegrating, decomposing, and something new coming to ground us, arms open, and ready for hope.