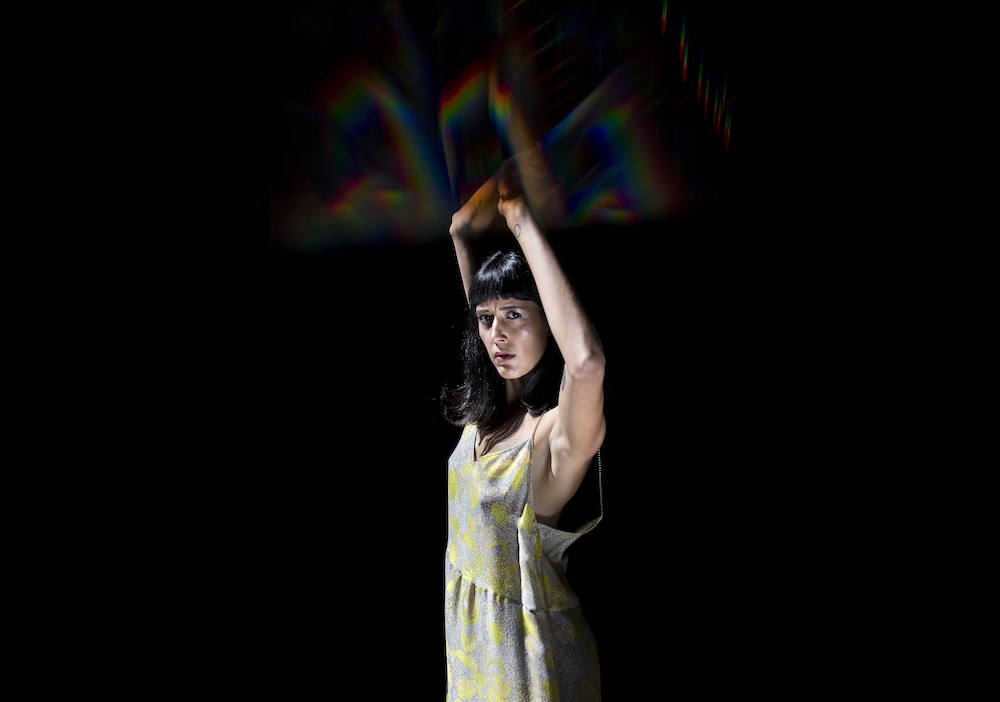 Today Half Waif, the project of Hudson Valley-based artist Nandi Rose, has shared the second track from her new 7″ single, which is available nowvia ANTI-.

Following last month’s highly praised “Orange Blossoms“, today she shares “Party’s Over“ commenting: “How many times have I stood on the outside, wanting to be inside? This song is a reminder to myself that maybe I’m seeing it backwards, and the outside is actually the better place to be. There’s a sense of richness at the margins, where the shadows darken. It reminds me of that party trick where you take the wire cage from the top of a bottle of champagne, and you hold it up and twist and trick your brain into seeing the whole thing inverted. Except in this case, the party’s over, and it’s not an illusion, it’s a revelation.”

The 7″ closely follows the release of 2020’s ‘The Caretaker,’ a moving album that saw her grappling with a desire for independence and the knotty reality that we need each other, and 2018’s ‘Lavender,’ named for the flowers that once bloomed in her grandmother’s garden. “Orange Blossoms” and “Party’s Over” mark the start of a new chapter of work set to unfold in 2021.

Orange Blossoms b/w Party’s Over 7″ is out now via ANTI-, purchase links here.