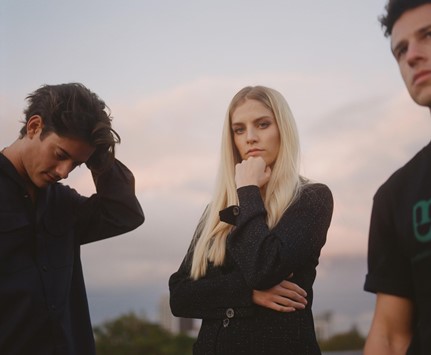 Fans who pre-order the new album here will get access to pre-sale tickets from Tuesday 2nd March. Tickets will go on general sale Friday 5th March at 10am via www.gigsandtours.com and www.ticketmaster.co.uk.

The highly anticipated brand new album from London Grammar, Californian Soil, will be released on April 9 2021 on Ministry Of Sound. The album features acclaimed singles Baby It’s You (which spent 2 months on the Radio 1 A list) and current single Lose Your Head, which premiered as Annie Mac’s first Hottest Record of 2021 and is currently playlisted on the Radio 1 B list. Remixes from Dave Glass Animals and CamelPhat are out now.

Speaking about Lose Your Head Hannah Reid said, “Lose your head is about power and control in relationships. The lyrics are quite dark, but I wanted to show the song in an upbeat way”.

Watch the stunning official video for Lose Your Head, directed by Zhang + Knight.