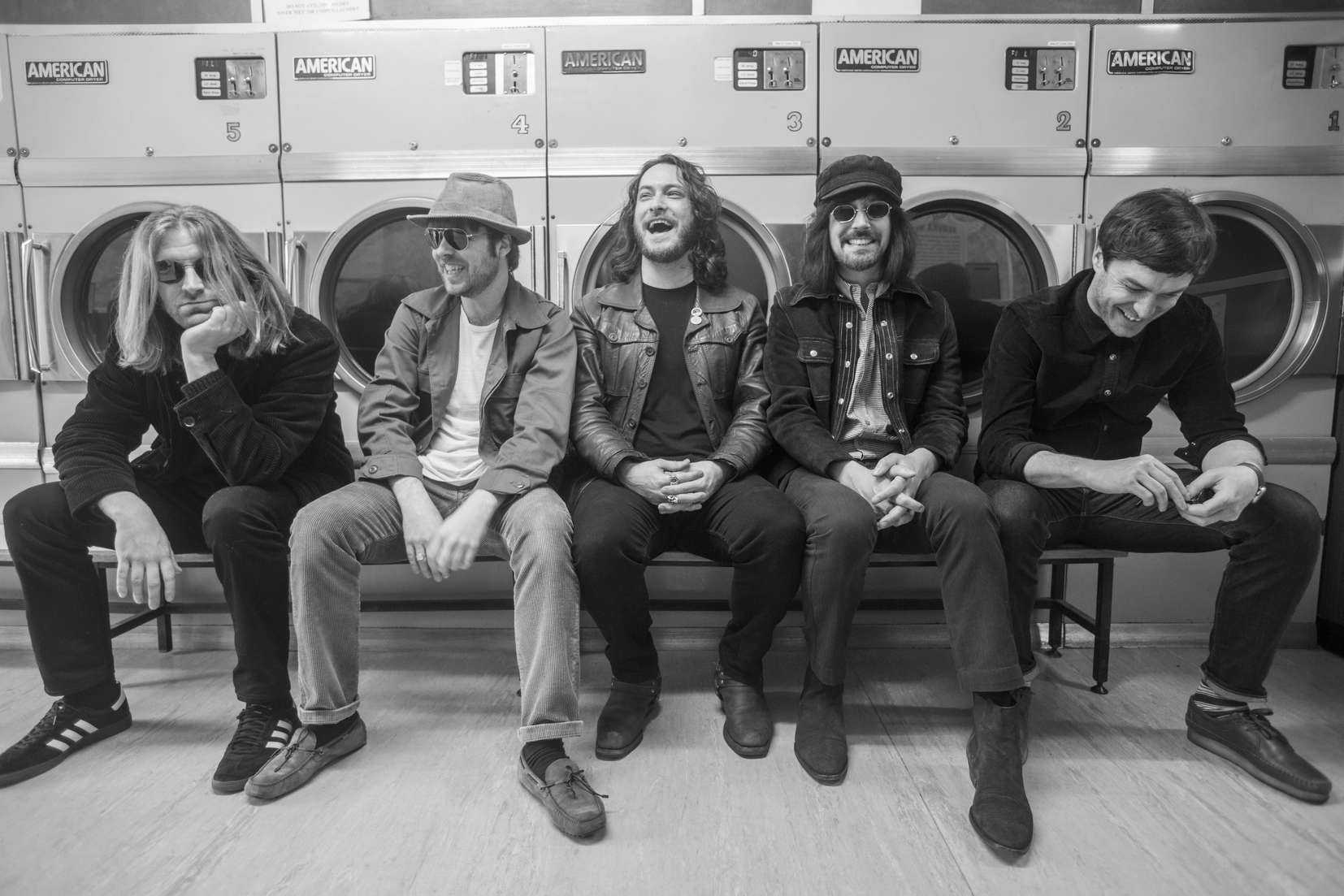 THE CORAL get Grandad in on the act

Without parallel in handbraking through expectation-counfounding twists and turns for almost two decades, The Coral prove to be the ringmasters of the unforeseen once more as they announce that 85-year old, Ian Murray (aka The Great Muriarty) as guest vocalist on their upcoming TENTH studio album. The spiked apple has fallen squarely at the foot of the family tree in this latest chapter of the band’s story, with Mr Murray being the granddad of founding band members, James and Ian Skelly.

Announcing back in January that they had completed their first, ever double-album, Coral Island, to be released on Fri 30 April 2021, the band alluded to a mysterious, unnamed special guest. Now all can be revealed.

The vividly themed, double album delves into the familiar neverworld of Coral Island, soundtracking the spills of summer and the long shadows of tourist-free winters beside the seaside. Pulling together the strands of roaring Saturday night stories on Side A and the sense of long Sunday longing on Side B, Mr Murray takes centre stage as the record’s seasoned narrator. The band approached the Skelly brothers’ grandad after considering other narrators during recording, including TV legend, Tom O’Connor, the late psychic, Derek Acorah and ex-boxing champion, John Conteh.

Written by the band’s Nick Power, who has also penned the companion book to the album, Over Coral Island, the extensive narration by Mr Murray was recorded in his home on Merseyside before being incorporated into Coral Island as spoken interludes and introductions at Parr Street Studios, Liverpool. It’s the first time that the band has invited any other vocalist aside from James Skelly to take lead vocal duties on any of the band’s studio recordings.

James Skelly says of the guest appearance: “Coral Island is a world of end-of-the-pier day drinkers, kids who get where they shouldn’t, pre-rock and roll macabre jukebox pop and long nights of risky fun by the pitch black sea. It seemed to call for a tour guide of some kind. Our grandad’s voice was an obvious choice to say the words none of us can say without a musical instrument in our hands.”

Almost 19 years after the release of their celebrated, self-titled, Mercury Music Prize-nominated, platinum-certified debut in 2002, kick-starting a decade of classic singles, including Dreaming Of You (now on over 100 million streams globally and gaining UK Platinum status), Pass It On, Don’t Think You’re The First and In The Morning, The Coral moved into 2021 as in thrall to the self-endowed gift of creative freedom as they were on day one. The band has sold over a million albums to date.

Of their nine albums to date, the last of which, Move Through The Dawn, was released in 2018, five have reached the Top 10 including 2003’s chart-topping Gold-selling Magic and Medicine which saw the band nominated for Best Group at the Brit Awards. Never anything other than wilfully idosyncratic and critically-praised, the follow-up, The Invisible Invasion reached No.3 in the UK Albums Chart and joins it’s predecessor in being certified Gold.

Recorded in a sense of barely-controlled, copy and paste chaos at Parr Street, Coral Island was written and performed by the multi-instrumentalist and multi-talented line-up of James Skelly, Ian Skelly, Nick Power, Paul Duffy and Paul Molloy plus a special guest.