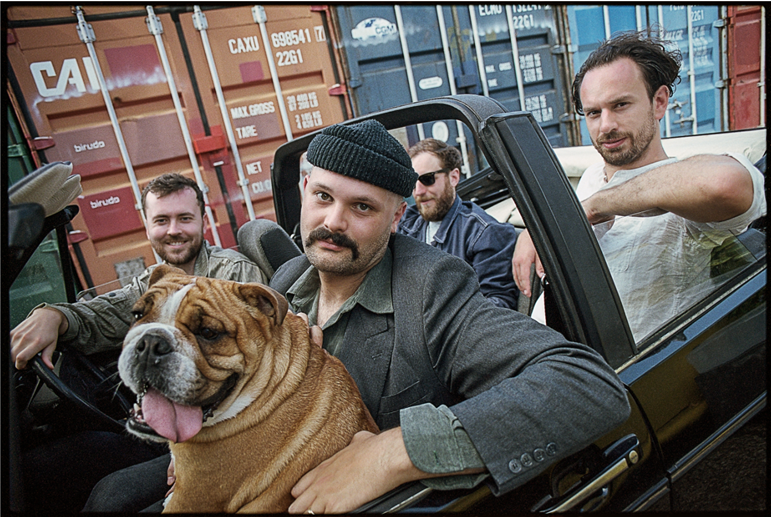 A Sub Pop signing, one gig in a disused industrial freezer, and a debut album later, TV Priest will tour the UK this autumn, announcing new dates and rescheduling their Spring shows. They’re set to hit up 11 cities across the country, beginning and ending with their stomping ground of London.

The band have also rescheduled their socially distanced and sold out London headliner at Oslo for 3rd July, in what will be only the band’s second and third ever shows.

Born in 2019 out of four childhood friends who made music together as teenagers, their official entrance came in April of last year with the release of debut single ‘House of York’. With stand out singles that include ’This Island’, ‘Runner Up’, ’Slideshow’, ‘Press Club’, and lead track ‘Decoration’, they’ve gained recognition from BBC6 Music, BBC Radio 1, NME, DIY, I Paper, FADER, Brooklyn Vegan, The Line Of Best Fit, Gigwise, Pitchfork, CLASH, NPR, and loads more. With both ‘Runner Up’ and ‘Press Gang’ being added to the BBC6 Music playlist, and in the US ‘Decoration’ spent two weeks at No.1 on the commercial alternative specialty charts, with airplay from the likes of Sirius XMU, The Current, 91X, and KEXP (plus Song of the Day).

Originally due for release late last year the album was pushed back, as mid-campaign they were snapped up by the legendary Sub Pop Records without ever playing a proper gig. Uppers is an album that has a lot to say right now – led with a cuttingly funny, angry, confused, real frontman that is Charlie Drinkwater.

Uppers is out now via Sub Pop Records worldwide.
https://smarturl.it/TVPriest_Uppers