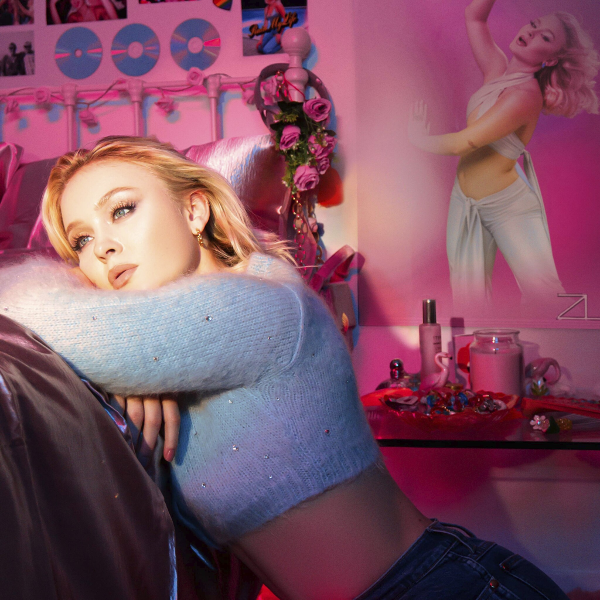 ‘Look What You’ve Done’ is a huge, dance floor anthem; channelling disco vibes and encouraging self-love. As Zara explains:“I love this song so much. I wanted to write about heartbreak, but in a way that was also empowering and positive. In my world being vulnerable is being strong, but on this one I’m saying ‘just LOOK at what you’ve done – I’m shining! You look like a piece of shit! It was important for me to have a song like this on ‘Poster Girl.’, says Zara.

No mere ‘Poster Girl’, Zara Larsson is that new kind of pop star. At just 23 years old, the Stockholm-based sensation has already been nominated for 4 BRIT Awards, racked up over 6 million followers on Instagram, and showcased her sixth sense for hit melodies with a series of chart anthems (‘Lush Life’, ‘Never Forget You’, ‘I Would Like’, ‘Symphony’ and ‘Ruin My Life’ to name but a few). Her first international album, ‘So Good’, became the second most-streamed debut by a female artist ever on Spotify. Its followup, ‘Poster Girl’, marks without a doubt her arrival at Pop’s Top Table. Mixing some of the musical loves of her life (the dancefloor melodrama of local heroes Abba, the empowered R&B of early Rihanna) with themes of female empowerment, fame, and finding yourself, Zara has worked on the record alongside a formidable list of collaborators: from Young Thug (on new single ‘Talk About Love’) and Max Martin to Julia Michaels and Justin Tranter (Selena Gomez, Dua Lipa, Justin Beiber), Steve Mac (Ed Sheeran, Years & Years) and Camille Purcell (Little Mix, Mabel).