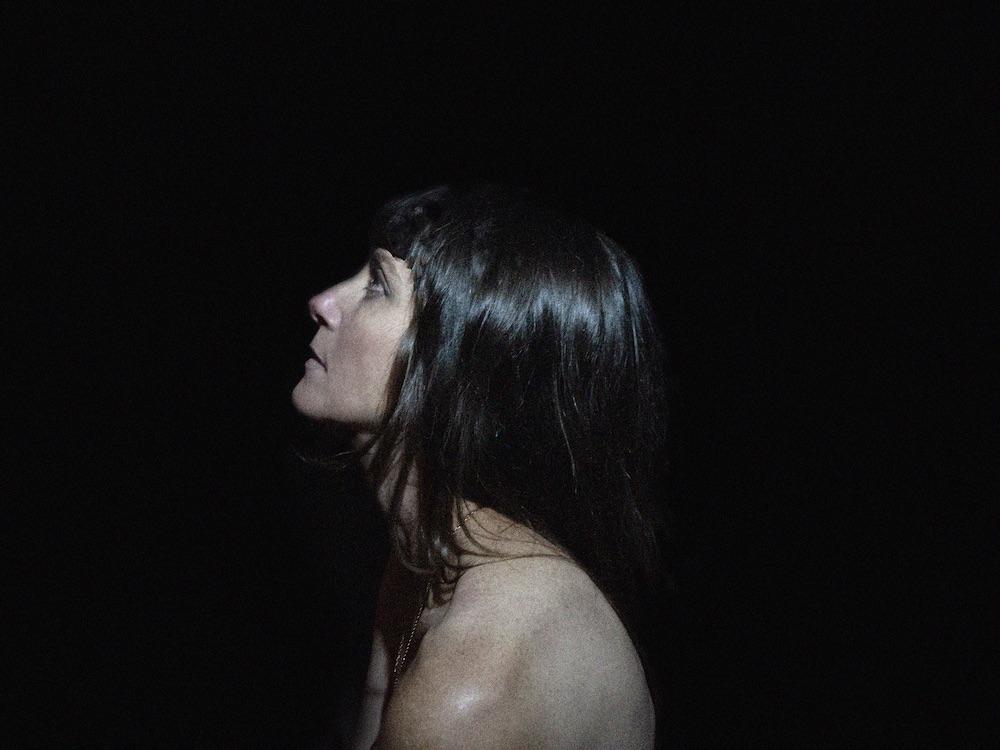 Today Penelope Trappes has announced details on her third album ‘Penelope Three’, to be released on May 28th via Houndstooth as well as details of a UK tour planned for May. Along with the announcement, has shared the first single and video, “Nervous.”

‘Penelope Three’ is the third and final instalment of the Australian-born Brighton-based musician’s trilogy. She completes her ambitious and other-worldly triptych with an album of healing, on which she looks to release herself from fear and into love, evoked in Penelope’s signature ambient gothic dreamlands that are equal parts shoegaze pop and surrealist soundscapes.

The powerful yet fragile lead single, “Nervous,” blossoms like a flower in time lapse, swelling with reverb and decaying into a dense sound world. Commenting on the video, Trappes says: “In mid 2020 I began renting a strange and unique house in Brighton, but I couldn’t actually move into it for a month, so I used the odd space and time to film this video. It delves inside the mind of a nervous smoking woman, which takes the form of an oppressive strange house. Inside, she is confronting the balance between the masculine and feminine within her, which take the form of two spirit characters.  Outside there are expansive but liminal moments of reprieve from the claustrophobia, but she invariably gets drawn back into the anxious loop of her own mental entrapment.”

Despite formal vocal training in opera and jazz when she was younger, it wasn’t until after her daughter was born that Penelope began writing her own music. Now in her 40s, she says coming into music later has been eye opening, and she laments the fact that women past 30 are too often discarded by the music industry: “Creativity doesn’t go away when you get older, it flourishes, changes, grows like all of life,” she says, “it amazes me that this is still something for society to wrap their heads around.”

Where ‘Penelope One’ explored aspects of birth and rebirth and the power of the female body, and ‘Penelope Two’ was centred around the acknowledgement of grief and how we carry our own stories of loss, ‘Penelope Three’ is about healing the stories held in her body by surrendering to universal love. In it, she explores her metamorphosis through tales of motherhood, the divine feminine, anxiety, healing powers and their spiritual connections through vocal loops, piano and guitar drenched in reverb, all underpinned by subterranean drones. She looks not just to release herself from the grieving process in Penelope Two, but also of societal anxieties, embracing the generational shift that is happening as her daughter grows up, her mother gets older and how she sees the world drastically changing.

“I’m digging up the underworld with visual motifs, and a mystical, gothic darkness that symbolises my struggles” she says of Penelope Three. “Yet the universal message is that of overcoming our fears to allow the love in. This is the healing.”

Crucially, for this final part of the trilogy, Penelope has returned to focus on her voice, her first and original instrument. “The compositions are very driven by the vocals, because it is our primal instrument that can tell our story,” she says. Her singing is swaddled and haunted by brooding and atmospheric soundscapes, her poetic lyrics lifted by sounds sometimes light and hallucinatory, other times menacing and cavernous.

In between instalments of the ambitious trilogy, Penelope has released a clutch of both experimental and more dreampop-oriented EPs. She demonstrated her versatility in the extended 25-minute deep-listening composition ‘Gnostic State’ (Longform Editions), and the arpeggiated electronics and minimalist songwriting on the ‘Eel Drip EP’, which was accompanied by image and film inspired by Francesca Woodman’s 1970s series of nude self-portraits with eels. She also released a bonus sister EP to ‘Penelope Two’, titled Withdrawn, and an album of reworks, Penelope Redeux, with contributions by Mogwai, Cosey Fanni Tutti, and Nik Colk Void, among others.

Here, on ‘Penelope Three’, Trappes wears her breadth of life experiences with pride; pain, joy, love, loss, and the freedom in accepting change and acknowledging lessons learnt. It is a celebration of womanhood and a testament to the wisdom acquired through living and allowing oneself to live.