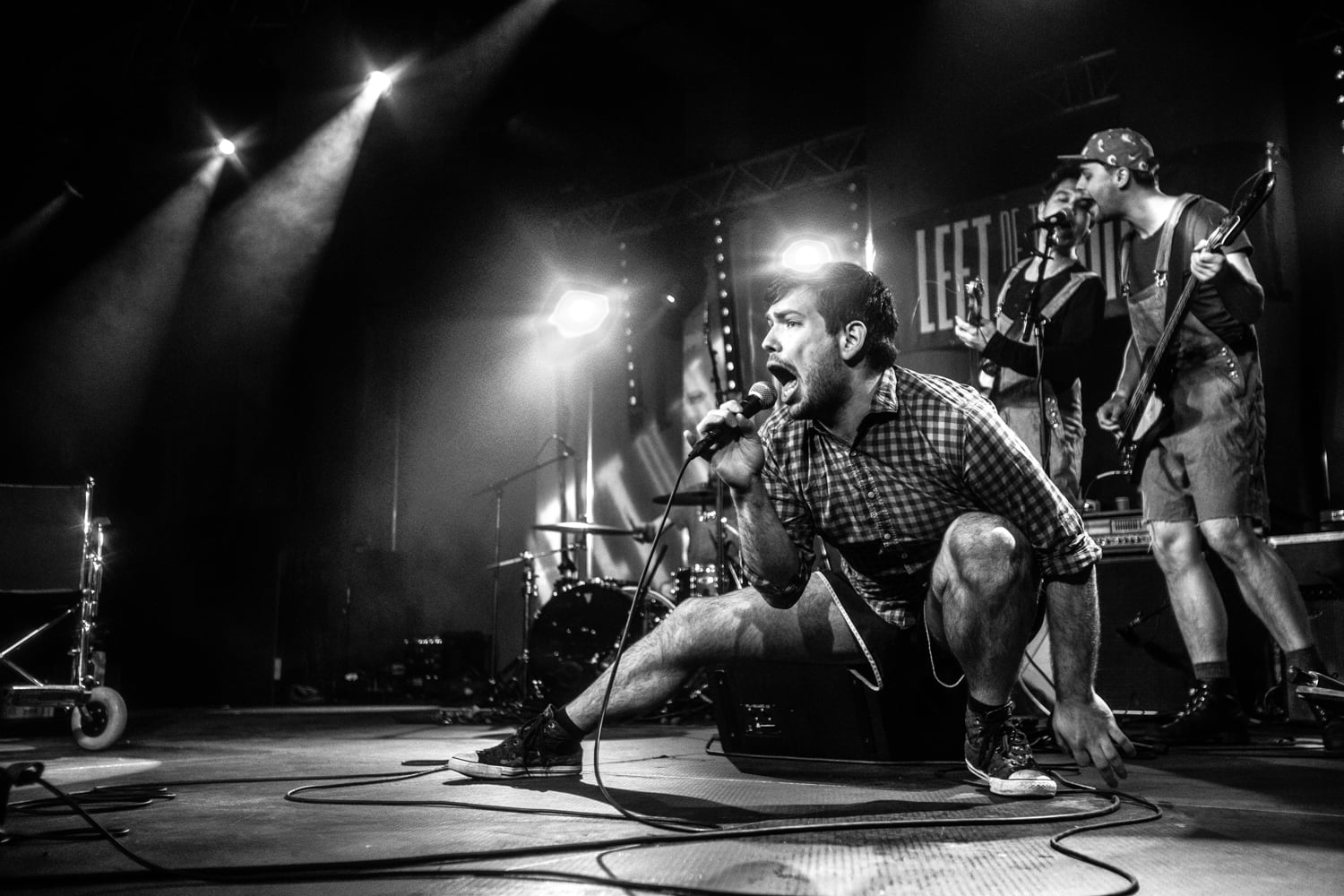 Building up to their first visit with nearly a year of unrelenting anticipation, the band has built an impressive live reputation already.

With plenty of filmed evidence of wild hometown shows going down at any given location – from museums to skateparks, public restrooms to private offices, sweaty clubs to stormy ocean beaches and even town centre roof tops – Shitboys are equally no stranger to performing at prestigious events, like national TV award shows and showcase slots at Iceland Airwaves, Eurosonic, Left Of The Dial, G! Festival and more.

Their explosive and blistering sets are packed with tracks often lasting less than a minute long, so expect all the debut album hits like ‘Life Is Great You Suck‘, ‘If You Believe In Eating Meet Start With Your Dog‘ and ‘Macho Man Randy Savage‘, alongside new material that the band are due to start releasing soon.

Joe & The Shitboys’ acclaimed debut ‘The Reson For Hardcore Vibes’ is best experienced face-to-face with Joe – a charismatic frontman known for vegan-friendly roasting, adept at tearing down everything from misogyny and homophobia, to eating meat and general bad vibes. Joe & The Shitboys offer a sonic detoxing like no other.

Frontman Joe explains adds… “We’re sick to death of telling you this by now, but we’re coming to tour all over your islands. Grab a ticket to the show and we’ll throw in some tips on how to be better humans for nothing.”

Landing first at Futurama, the return of Liverpool’s legendary post punk festival on 12th September, more festival dates at Sound City Ipswitch and Wide Eyed in Leicester are all interspersed with headline shows at London’s Old Blue Last, Glasgow’s Hug & Pint and many more. Full dates below with more to be announced.