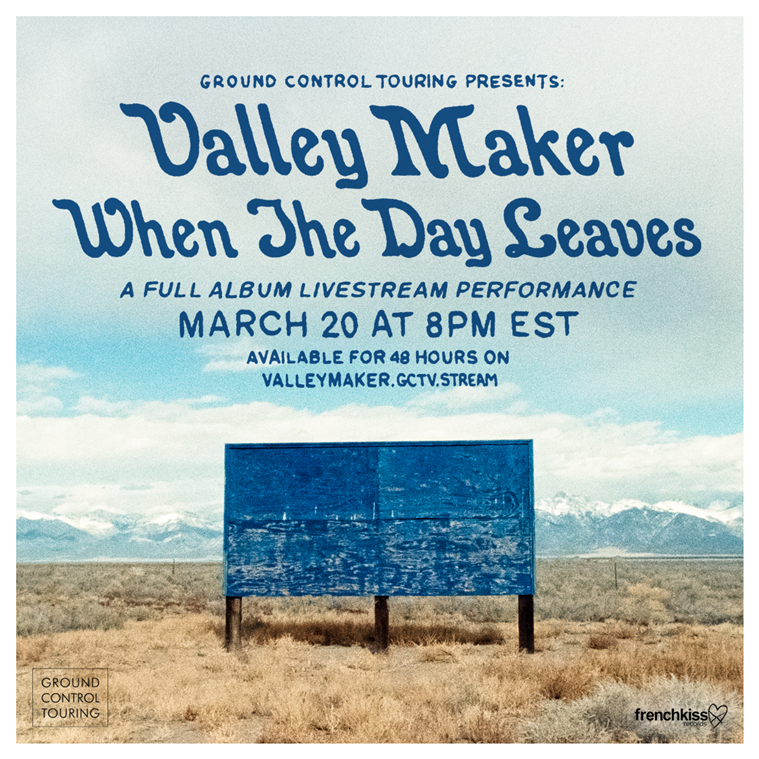 Following on from the release of new album When The Day Leaves, South Carolina’s Valley Maker announces a very special livestream for Saturday 20th March. Also known as Austin Crane, he will be joined by long-time collaborator Amy Godwin who features throughout the album.

Presented by Ground Control Touring‘s GCTV platform, the concert will start at 8pm EST (1am GMT 21/03), and the link will remain live for 48 hours thereafter.

Valley Maker also shares a handwritten lyric video for album opener ‘Branch I Bend’, a love letter to nature which perfectly captures the album’s tone. It was directed by dustoftheground and filmed in a nature preserve on Edisto Island, South Carolina, layered with Austin’s own penmanship to produce a ghosting effect that matches the surreal quality of the landscape.

When the Day Leaves is Valley Maker’s fourth studio album. ﻿The pandemic has seen us all become experts in the imbalance of uncertainty these days, newly accustomed to canceling plans and tentatively rescheduling them for some future we can only imagine. For Crane – a ruminative songwriter, riveting guitarist, and singular voice – such a sense of uncertainty has emerged as his steadfast companion these last few years, a period of profound transition. It’s prompted him to appreciate the present even as he analyses it, to acknowledge the future’s limitless possibilities even as he recognises its potential perils. This flux is the anchor for When the Day Leaves. Through his compelling accounting of the past and his reckoning with this moment, Crane stares down the “part of life that remains unknown.”

When The Day Leaves is out now via Frenchkiss Records,
and available HERE.