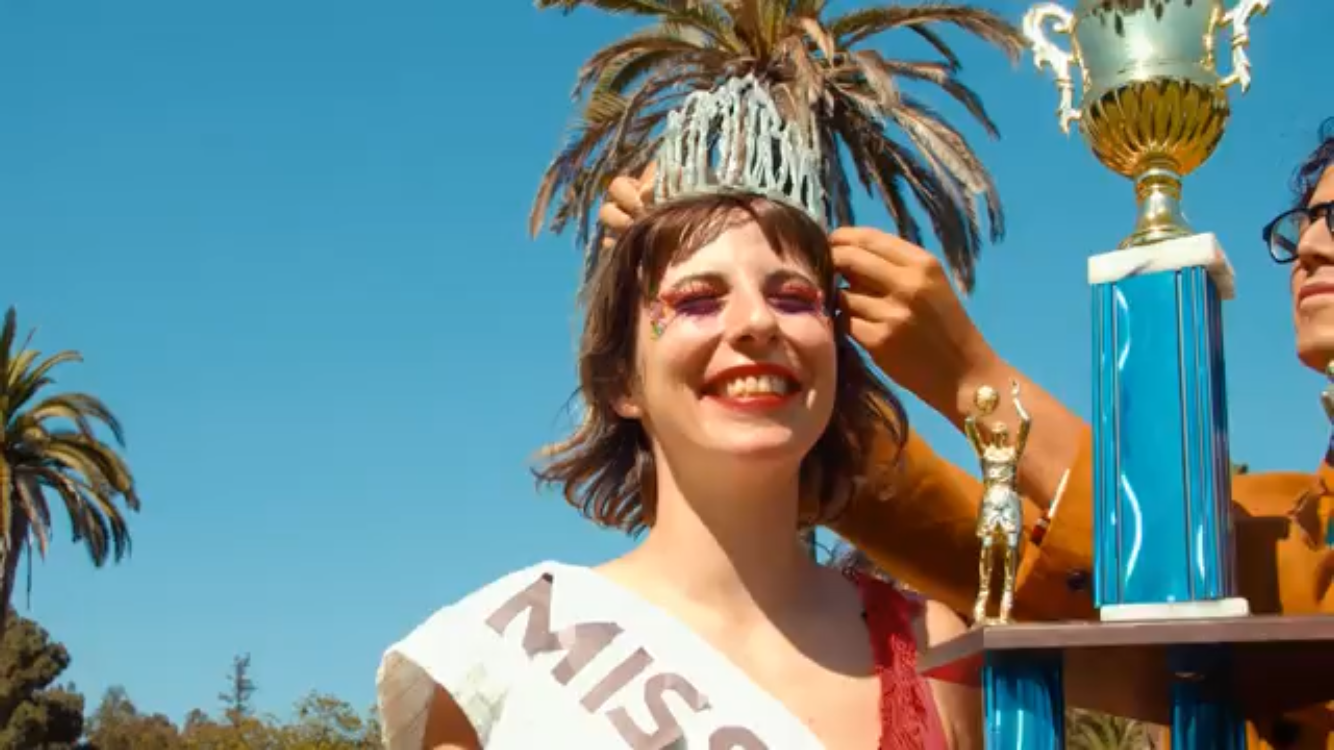 Today LA punk four-piece The Paranoyds have dropped a new video for track “Egg Salad”, taken from their album ‘Carnage Bargain’ which is out now on Suicide Squeeze.
The video’s director Nicole Stunwyck comments “The video presents the glitzy & glamorous world of a teenage girl who, after accidentally catching a beauty pageant on TV, dreams of her rise to stardom & subsequent downfall… It’s not a commentary on anything but an experimental depiction of my own personal fascination for young tragic starlets alà Valley of The Dolls.”

“We’re living in the dystopian future. Our lives are completely tracked and programmed, our extension of ourselves is a handheld computer with a microphone and camera that stays on while were unaware, and, on top of everything, the extreme right is gaining continuous world power,”  The Paranoyds explain of their name. “What isn’t there to be paranoyd about?”

It’s ironic that the band’s moniker winds up being an apt summary of the band’s general outlook on technology and modern culture given that The Paranoyds‘ humble beginnings can be traced back to a friendship forged between Staz Lindes (bass/vocals) and Laila Hashemi (keys/vocals) over Myspace in their early teens. Bonded by a shared interest in local underground music, the pair eventually moved their online friendship into the real world. Laila’s childhood friend Lexi Funston was brought into the fold and the first vestiges of The Paranoyds began to take shape. “We would all go to our friends’ shows and it hit us that we could start a band and play shows too,” Funston says. With the addition of drummer David Ruiz in 2015, the band found the perfect personnel for their sonic balance of jubilant energy and foreboding undercurrents.

‘Carnage Bargain’captures this chemistry perfectly—channeling the genre-mashing weirdness of guitar-and-keyboard provocateurs like The Intelligence on tracks like “Laundry,” the fever-dream kitsch of early B-52s on “Ratboy,” krautrock’s motorik groove on “Hungry Sam,“ and the beguiling pop of Blondie on the sweet-and-salty highlight “Courtney.” The band may indeed be paranoid, but they offer a solution to our modern ills through the simple act of being an inspiring, independent, and unflappable musical force.