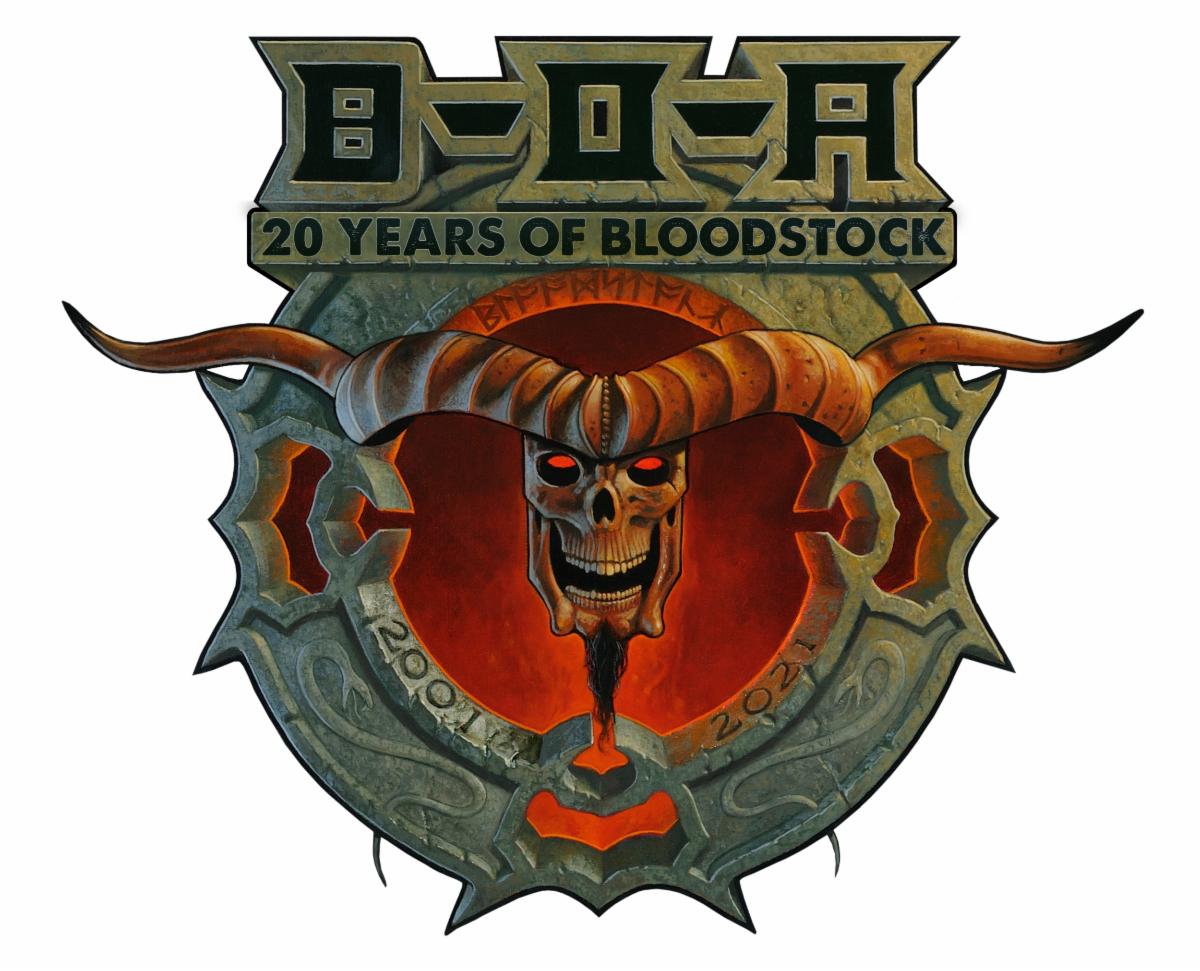 BLOODSTOCK is working to bring you the very best metal party possible this August, but due to the ongoing issues and restrictions surrounding Covid-19, a number of overseas bands are no longer able to be at Catton Park with us this Summer.  MERCYFUL FATE sadly have to postpone their headline slot until 2022.

Their iconic frontman, King Diamond tells us, “Due to the uncertainties of international touring logistics, health, and safety issues, MERCYFUL FATE are unable to perform at this Summer’s BLOODSTOCK. Unfortunately, most of our Summer routing is already postponed or postponing soon. Like many others in our position we’re amending our plans to get back on the road as soon as possible. We’re gutted. However, we are happy to say that we’ve worked with the BLOODSTOCK organisers and report that we will be back to headline the festival in Summer ‘22. Until then, stay heavy and stay safe.”

As such, pioneers of heavy, KREATOR will replace MERCYFUL FATE as Saturday’s Ronnie James Dio main stage headliner, in a UK festival exclusive. Frontman Mille Petrozza says, “We are very excited to headline the BLOODSTOCK festival for the first time! This means a lot to KREATOR since all the previous shows we have played there were exceptional! We promise you the most brutal show BLOODSTOCK has ever seen! Be prepared!” The much lauded German thrashers just released the deluxe ‘Under The Guillotine’ box set, celebrating their classic early Noise Records years. Fans are eagerly awaiting the group’s fifteenth studio album – the follow up to 2017’s ‘Gods Of Violence’ – due out later this year via Nuclear Blast. Check out this clip of ‘Violent Revolution’ taken from their 2017 set.

Also having to cancel plans to be at Catton Park are PHILIP H. ANSELMO & THE ILLEGALS, BUTCHER BABIES, LIFE OF AGONY, SACRED REICH, NECROT, EXHUMED, and UNTO OTHERS. While fans of these acts may be disappointed, BLOODSTOCK knows everyone appreciates the exceptional challenges right now and we hope to welcome these bands to Catton Park before too long. BLOODSTOCK remains as keen as you to be reunited with our metal brethren this summer and is determined to make it a most excellent time for all, with more bands and on-site fun still to be revealed.
Without further ado, picking up a Ronnie James Dio main stage slot on Sunday are Norse shamans, SEIDRBLOT. If you haven’t discovered them yet, check out this video for single ‘Skeggold’, shot in stunning Iceland. The band are promising a new song imminently and plan to resume making their new album as soon as lockdown lifts.

Joining them are UK-based melodic death bruisers, BLOODSHOT DAWN, who first appeared at BLOODSTOCK many moons ago as METAL 2 THE MASSES winners! The group have been teasing a new album on social media, so BLOODSTOCK looks forward to the possibility of hearing new headbanging tunes in August! Get familiar over on their Bandcamp.
BLOODSTOCK is also pleased to reveal that Brit thrash beasts, EVILE will be adding to Friday’s mayhem on the Sophie Lancaster stage. The band’s hotly anticipated and long awaited fifth album ‘Hell Unleashed’ lands April 30th via Napalm Records and while you’re waiting, check out the title track here. Keep an eye out for another new track at the end of next week…

Stay tuned for more news soon, with plans underway for a re-jigged version of the 2021 METAL 2 THE MASSES scheme, as BLOODSTOCK continues to champion grassroots metal, bringing the best of upcoming talent to the New Blood stage.

Standard weekend tickets for the extended, now 5-day event in 2021 remain under a temporary price freeze at £145 (+ booking fees). In addition, child tickets and parking tickets for 2021’s event are available now at the ticket store, as well as a limited number of day tickets. VIP and campervan tickets for 2021 are sold out.

Grab your BLOODSTOCK merch here, including lockdown t-shirts, face masks, & hoodies. You know how they sell out fast!