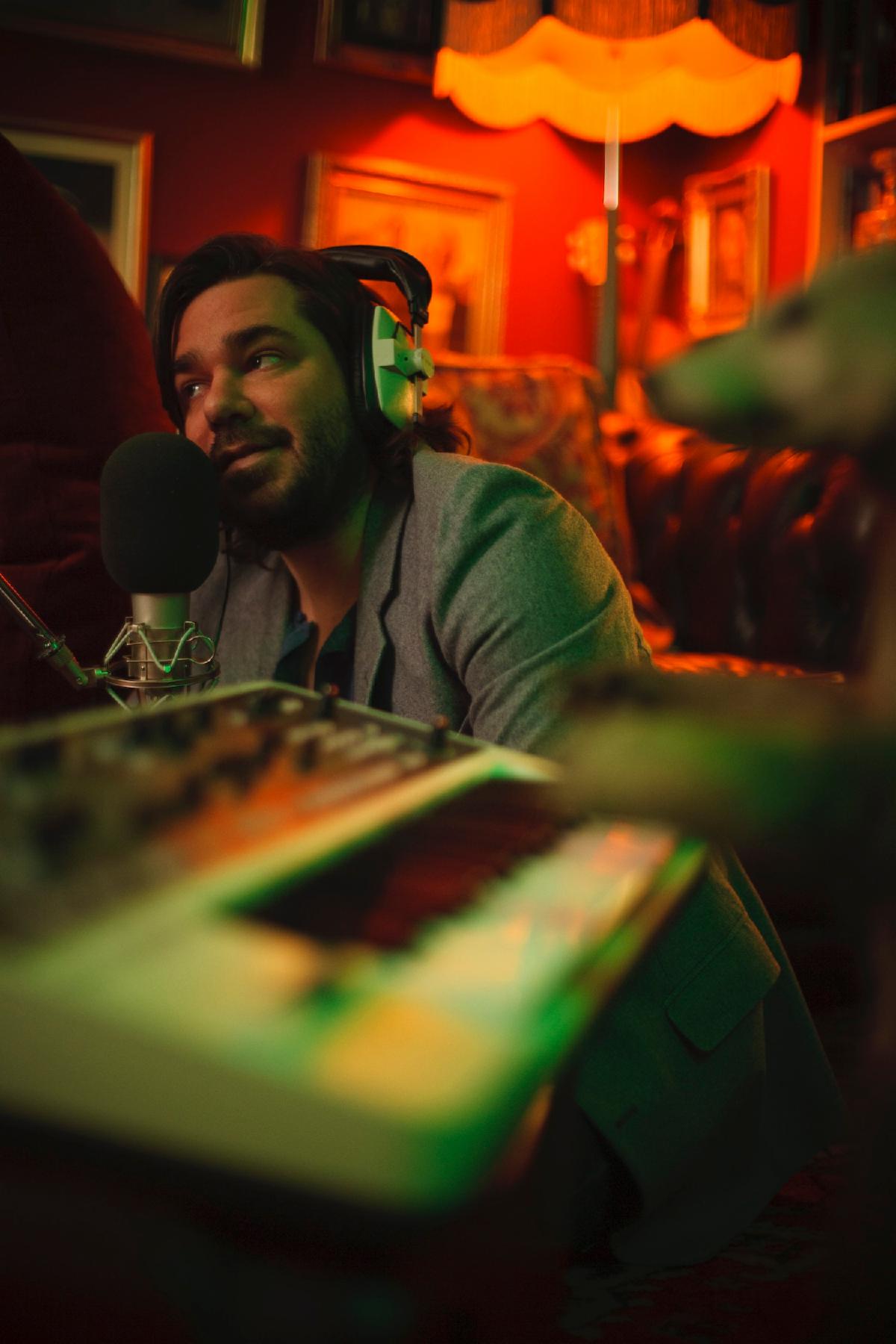 Celebrating his 10th year with Acid Jazz Records and following the acclaim of last year’s album Phantom Birds, today Matt Berry has shared news of forthcoming album TheBlue Elephant, that will see release on May 14th, 2021, marking his seventh studio album with the groundbreaking label. In addition, Berry has also shared first cut “Aboard”.

In contrast to 2020’s stripped back, Dylan/folk-inspired Phantom Birds, The Blue Elephant finds Matt in full-on psychedelic mode, enthralled to his love of the genre, and the associated production techniques of the time.
Recorded during the summer of 2020, TheBlue Elephant is testament to Matt’s exceptional musicianship, production skills and songwriting prowess. Every instrument is played by Matt including guitars, bass, a variety of keyboards and synthesizers (piano, Wurlitzer, mellotron, Moog, Hammond, Vox and Farfisa organs), with the exception of drums – supplied by much-in-demand and admired neo-progressive and Phantom Birds drummer, Craig Blundell, on arguably his best album to date.
Clocking in at just 46 minutes, though rooted in psychedelia, the album features a breadth of styles and musical ideas throughout, taking the listener on a dizzying trip through an idiosyncratically British love of Psych, Freakbeat, Acid Rock and late ‘60s pop.

This music soundtracks an album that explores themes surrounding today’s close scrutiny in all of its bewildering, objectifying and unnerving experiences. Very much a conceptual and, therefore, continuous long-player, the album’s infectious grooves come to the fore on standout tracks “Summer Sun”, heavy-psych instrumental “Invisible”, the three-part “Blues Inside Me”, which encompasses a psych journey through a late ‘60s and early glam filter mixed with the propulsive “Like Stone”.

Elsewhere the album has an eerie, hypnotic quality on songs such as album opener “Aboard”, “Life Unknown”, the other-worldly “Alone”, and instrumental “Safe Passage”.

In his tenth year with Acid Jazz, the ever-prolific Matt Berry has crafted a psych masterpiece, once again proving his artistic progression and ambition knows no bounds.