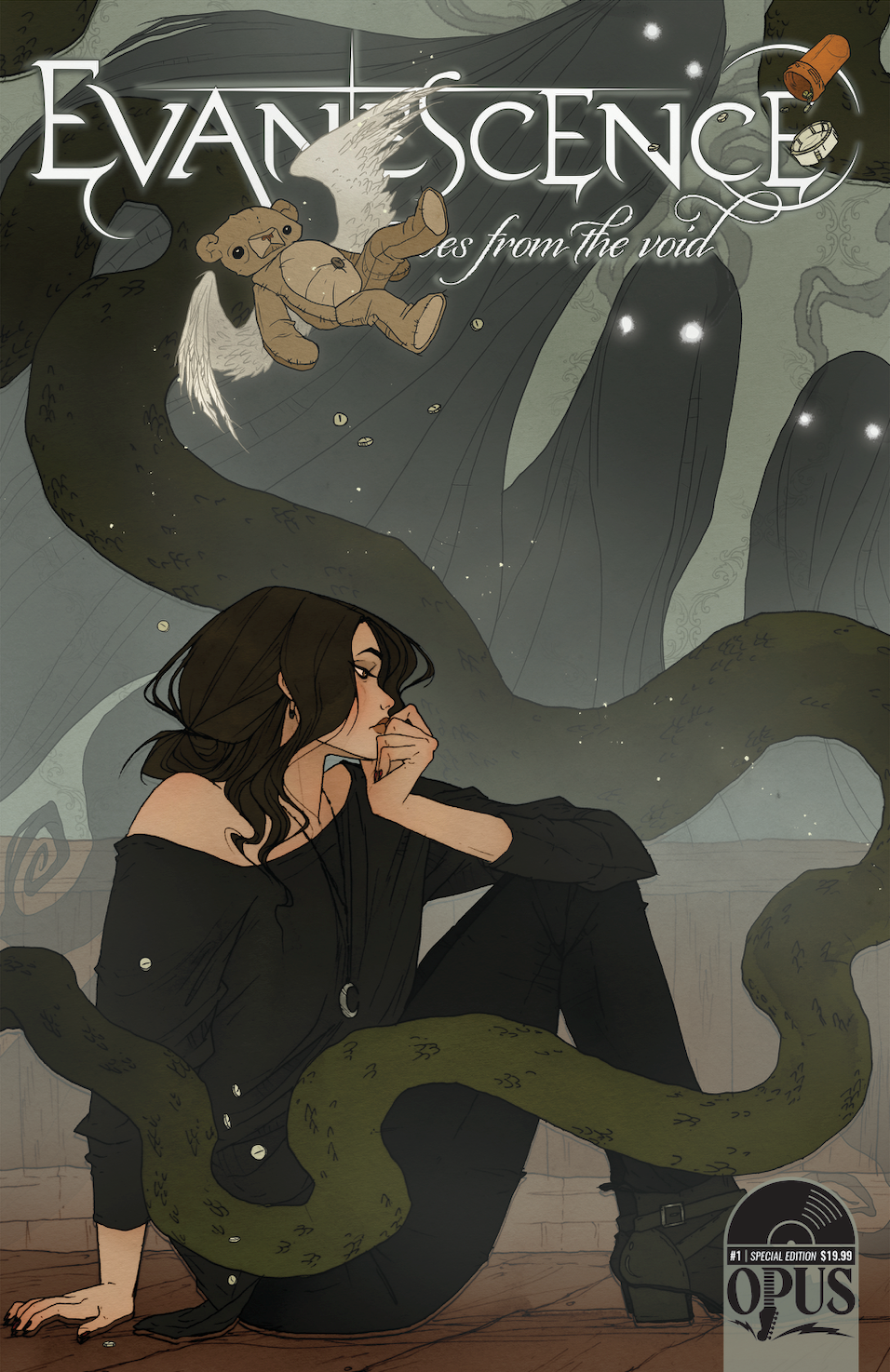 Echoes from the Void is a fantasy Graphic Anthology Series, comprised of 48-page deluxe comic books, each featuring two or more story adaptations from the Evanescence catalogue. Beginning with story themes based on songs from their upcoming March 26th release The Bitter Truth (Sony), and culminating in revisiting iconic material from throughout the band’s career, the project is comprised of a series of short stories created by an all-star cast of graphic artists, animators, illustrators, fine artists, screenwriters, novelists, and more.

Combining bandleader Amy Lee’s love of visual arts, fantasy-inspired graphics, and graphic novels with the narrative power of Evanescence’s music, the series is being developed in close collaboration with Amy as she oversees the creative direction of the art and stories. Echoes from the Void begins as a 5-issue series, with each issue containing stories based on two or more of Evanescence’s songs, presented in a variety of visual styles and mediums. Issue #1, available in limited-edition, includes two stories inspired by the songs “Better Without You” and “Wasted On You,” from the forthcoming Evanescence album, The Bitter Truth, with tales written by Carrie Lee South and Blake Northcott (Arena Mode saga, DC’s Catwoman). The issue will feature illustrations from Hugo Award-winning artist Abigail Larson and highly-esteemed painter Kelly McKernan.

“I am so excited about this project series. The possibilities are endless. Collaborating across art forms like this is so unique, and it’s been fascinating to see how many different lives a song can have, like alternate realities. I look forward to working on this throughout the year and am so honoured to break open this new world for our music” said Amy Lee.

Llexi Leon, CEO of Incendium, said: “Reflecting Evanescence’s distinctive output, Echoes from the Void is equal parts haunting and whimsical; the pages are filled with beauty, loss, struggle, and triumph. It’s a fantastical journey that debuts a host of original characters and imaginative worlds that have been a joy to realize, and thanks to Amy pushing the envelope with every conversation, we’ve been able to curate a unique body of work that defies expectations of the medium.”

The first print edition of each issue will be released as a prestige format limited-edition collectible comic book, with cardstock covers, specialty foil treatments, glossy pages, and individual numbering. Each first printing will be limited to 3,000 copies priced at $18.95, and available to order HERE. The first issue is available to order now and ships in June 2021.

The art of Echoes from the Void will also be made available to purchase through a series of archival fine art prints, the first of which is illustrated by Kelly McKernan. Incorporating symbols and themes from across the band’s discography into an intricate traditionally painted work that also debuts a mysterious original character, the print features a blue tint glow in the dark base with a luminous pink UV active overlay, as part of an individually numbered 500-piece collection. Kelly’s print is available now HERE.