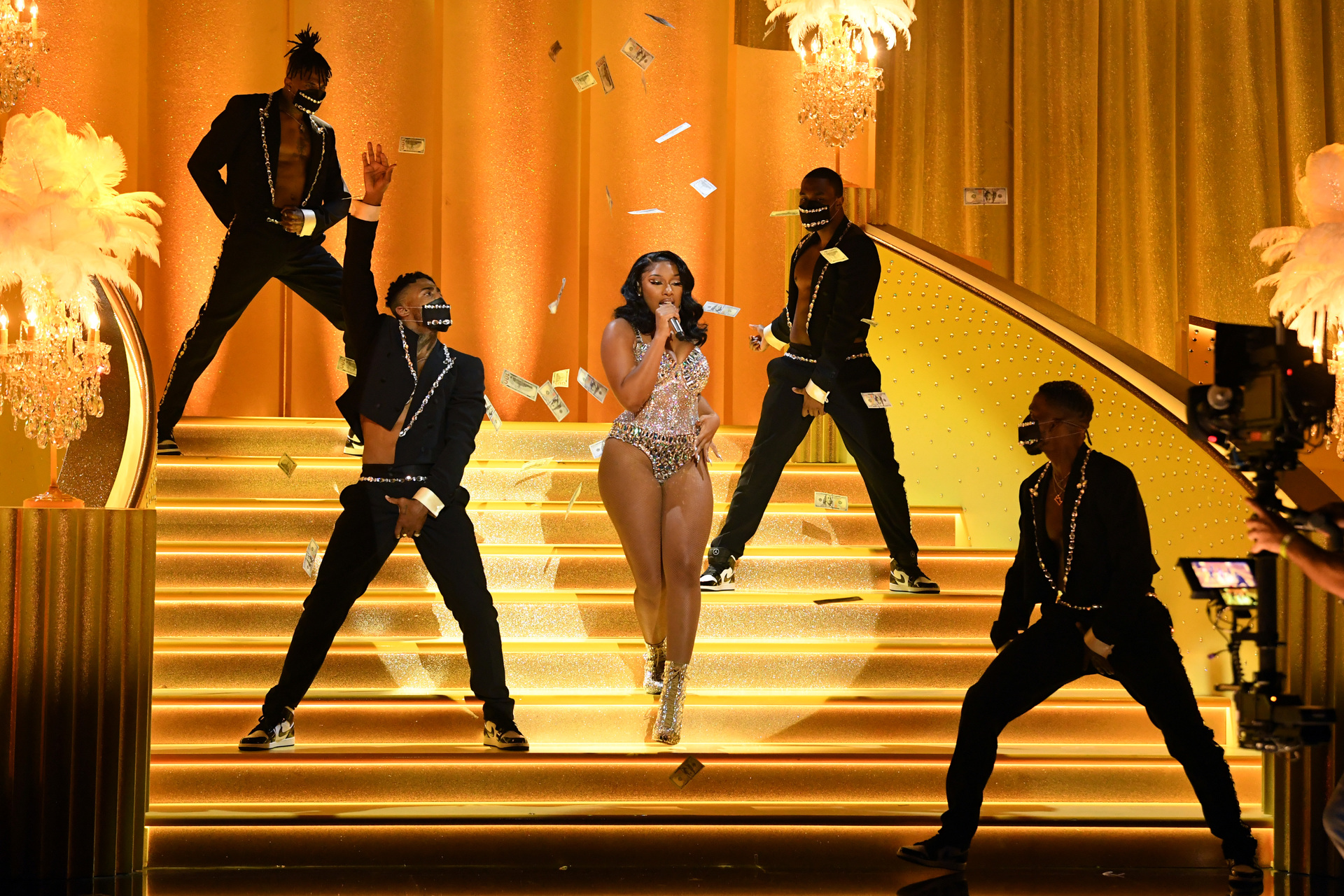 These were Megan’s first GRAMMY wins. Megan also graced the GRAMMY stage for a dynamic performance of her global hits “Savage” and “Body”, followed by a show-stopping performance of “WAP”, her record-breaking collaboration with Cardi B.Her GRAMMY Award- winning song “Savage Remix ft. Beyonce” became her first #1 single and ignited a global dance sensation on Tik Tok and Instagram. With over 1.2 billion global streams to date, the song also had a huge charitable impact; both Megan and Beyonce donated their proceeds from the song to Houston’s Bread of Life, raising over $1 Million.

Megan’s GRAMMY wins come on the heels of her critically acclaimed debut album Good News, released in November. Aside from the release of her album, Megan has had a truly incredible year. She was honored as one of TIME’s 100 Most Influential People of 2020 and in October, following a powerful and politically charged performance on Saturday Night Live that demanded justice for Breonna Taylor, Megan published her monumental ‘Why I Speak Up For Black Women’ op-ed and accompanying visual with The New York Times. Most recently, Megan teamed up with the National Association of Christian Churches (NACC) Disaster Services and U.S. Representative Sheila Jackson Lee for her #HottiesHelpingHouston initiative that aims to rebuild and repair homes for senior citizens and single mothers affected by the recent devastation in her hometown of Houston, Texas. Megan prioritizes her philanthropic efforts and she champions women’s empowerment. She recently partnered with Fashion Nova for International Women’s Day, launching an initiative to give away $1 million in the month of March to finance female entrepreneurs, female students, women-owned businesses, and women-focused charities. Megan also recently teamed up with Cash App to spread financial literacy around Bitcoin and banking. This past year, Megan has also partnered with some of beauty and fashion’s most iconic names – she the new face of Calvin Klein’sSpring 2021 campaign, as well as a Global Brand Ambassador for Revlon and the face of Coach’sFall/Winter 2021 campaign. Megan The Stallion is a multi-faceted star, record-breaker, philanthropist, and ever-evolving cultural icon, and she shows no signs of slowing down.