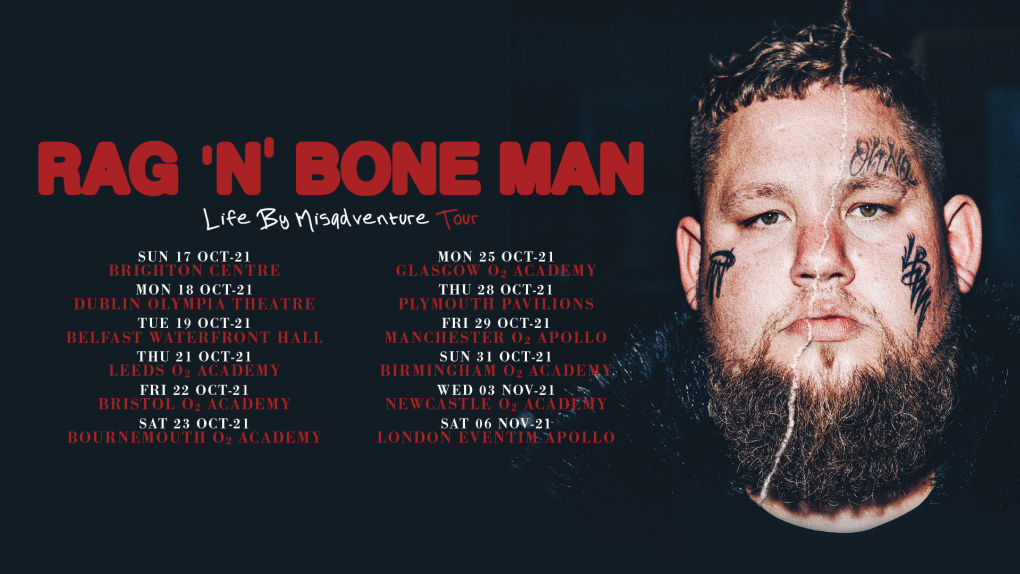 The shows are set to promote Rag’n’Bone Man’s highly anticipated new album ‘Life By Misadventure’ – out April 23rd on Columbia – which is one of the most eagerly anticipated albums of the year. His latest single, the sublime ‘All You Ever Wanted‘ continues to blow up off the back of its’ Radio 1 & Radio 2 playlist spots, racing to #1 in both the Airplay and iTunes charts.
Rag’n’Bone Man recently turned in all-star performances on Later…with Jools Holland and Ant & Dec’s Saturday Night Takeaway.Rory is set to playing the following UK tour dates. Tickets on pre-sale March 23rd, and on general sale March 26th here.

If that’s a hard act to follow, Rag’n’Bone Man tore up the rule book and went to Nashville to write and record what would become ‘Life By Misadventure’, returning to the UK just before the pandemic first erupted. While a dose of heavy blues and soul lives within some of these new tunes, the majority of this new album finds Rag’n’Bone Man taking a huge step forward as an artist, a songwriter, and a singer capable of showcasing tremendous warmth and real emotion with every breath.