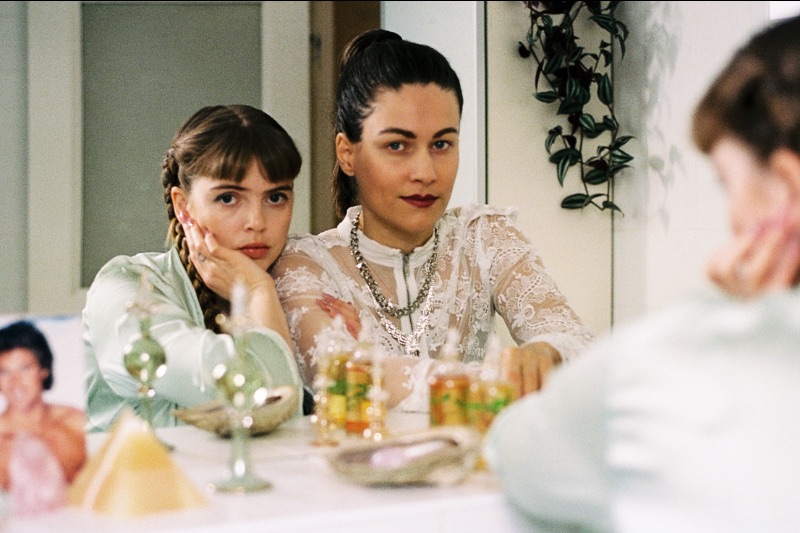 After releasing their debut LP ‘Visions of Ultraflex’ last year, a duo made up of musicians Farao & Special-K are sharing a new remix of their standout track “Never Forget My Baby” by Jaakko Eino Kalevi.

Speaking about the collaboration, Ultraflex said “Jaakko taught us that ‘if you can’t convince them, confuse them’. And we were definitely confused when we first heard his ‘Pastoral Rodeo Remix’. With time we’ve grown convinced, by now you might even say we’re believers.”

‘Visions of Ultraflex‘, the self produced album by Icelandic/Norwegian duo Ultraflex is a joyride through a disco theme park. The conflux of the individually accomplished artists, Farao (NO) and Special-K (ISO), channels the cheekily frank Icelandic nature through Norwegian acuteness and reason, resulting in an interdisciplinary artistic collaboration that oozes charisma.

Musically and conceptually, ‘Visions of Ultraflex‘ is a seductive and inventive debut. Glimmering through it all is the warm and playful relationship between Special-K and Farao; they seem to have found a home in each other where they can progress musically while feeling relaxed enough to be nonsensical. “With our solo projects we are both miserable and lonely, so we are coming together like step sisters or lovers to keep each other warm when it’s cold outside”, they say about their unification. Ultraflex brings us a bundle of joy, self-irony and snarky attitude wrapped up in danceable beats – it’s a breath of fresh air in today’s intricate landscape, reminding us that we must not forget to have fun.