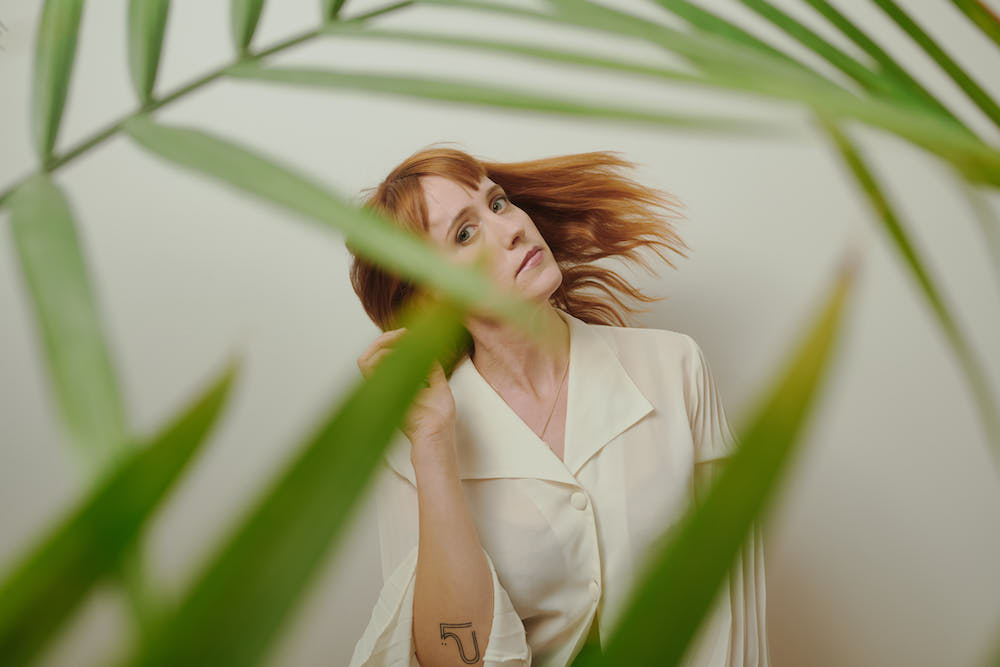 Today, Flock of Dimes (aka Wye Oak’s Jenn Wasner) is sharing the official video for “Hard Way,” directed by Lachlan Turczan. “Hard Way” is another standout from Wasner’s second solo LP, ‘Head of Roses’, an album that showcases her ability to embrace new levels of vulnerability, honesty and openness, combined with the self-assuredness that comes with a decade-plus career as a songwriter, producer, multi-instrumentalist and prolific collaborator. The album will be released on April 2nd via Sub Pop.

In the video — which was shot in Joshua Tree, CA, outside in the freezing dark on a windy winter’s night — Wasner’s face acts as a canvas for an array of pulsing patterns of light. It turns something as straightforward as a first-person delivery into something deeper and more disorienting than it first appears.

Wasner says of the song, “Although I didn’t fully understand when I wrote it, this song is an example of the power of the subconscious mind to hide truths from ourselves that we’re not yet ready to see. When I wrote this song I was still in the throes of new love, and I thought I was writing a straightforward, earnest love song. But when I tried to record it, something about the tone of it was eerie, strange, a bit darker than I would have expected. It wasn’t until long after I wrote it that I became aware of its odd foreshadowing of what was to come—that something I intended to be bright and hopeful in the moment was floating on top of a deep current of unease.”