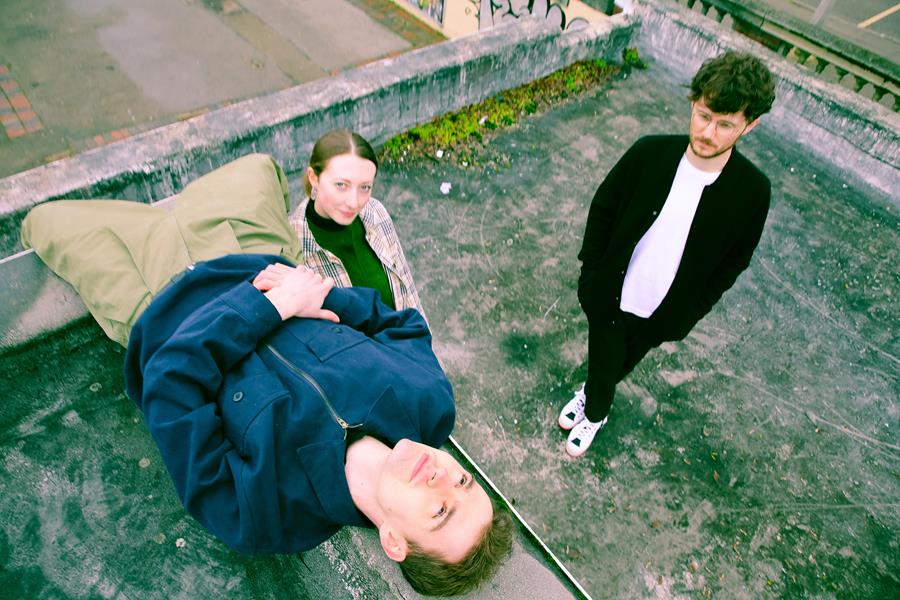 With the pandemic skewing the playing field for new bands, the days of filling venues and impressing as the unknown opener are on hiatus, and studio material remains all we really have to judge with. However, a select few were lucky enough to see Regressive Left at the start of last year and feverish word of that first performance continues to spread to this day.

Three childhood friends who grew up performing in local bands in and around their hometowns of Luton and Bedford, Regressive Left saw these formative friendships rekindled in the capital. But for front-man Tyrie and drummer Hardy, having grown up in a working class ex-industrial town, London seemed to be a playground for the rich. The three left the city before lockdown, setting up shop in an outhouse near Stevenage, where their music began to take shape.

In his lyrics, Tyrie drew inspiration from the country’s political landscape as well as the drudgery of his office job and the inequality of life in the city. And with each member moonlighting as DJs, the band began to incorporate their eclectic knowledge of dance music into their sound. The freedom and experimentation of the London Jazz scene, the ethos of DFA Records, and the cyclical rhythms of EBM were all intrinsic to the formation of Regressive Left’s unique style of UK guitar music.

A debut single “Eternal Returns”, released in late 2020, culminated on that early heat and saw the band immediately pick up organic plaudits from ear-to-the-ground tastemakers such as Rough Trade, So Young, HERO, DIY, The Most Radicalist and Matt Wilkinson at Beats 1.

Today the band return with a second release, the insistent art-pop smarts of “Take The Hit”, a song that will feel as equally at home on the dancefloor as it will performed from the stage. Propulsive loops meld to processed guitars, all paired with the immediacy of wry, dexterous vocal hooks.

The band had the following to say on the themes behind the single:

“‘Take The Hit’ is about how neoliberalism acts as a shield for irresponsible politicians and greedy profiteers – as we try to disentangle the complex web of capitalism to find the spider at its heart, we end up instead blaming the countless flies that have been trapped along the way.”

The band have also announced a headline performance at The Windmill, Brixton for October 1st (artwork HERE).

Tickets are £6 adv and available via Dice HERE.