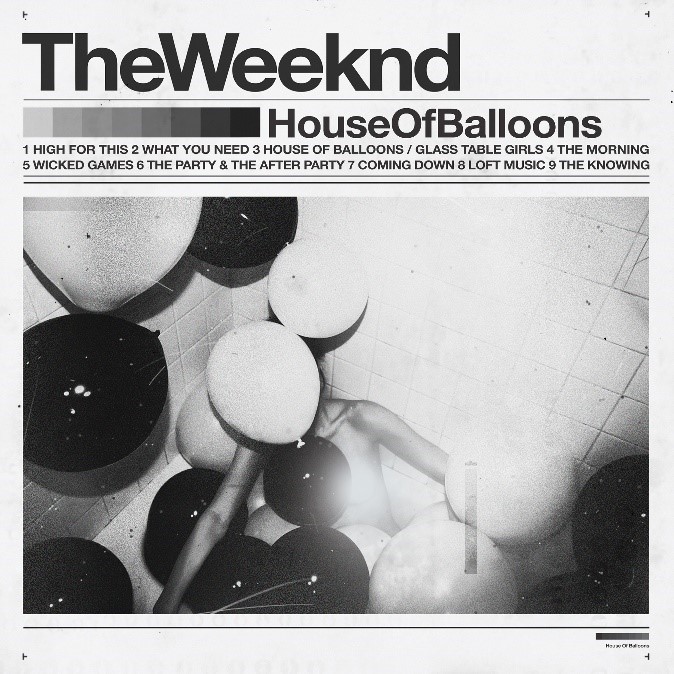 Ten years ago, an anonymous force emerged from the shadows in Toronto and took the first step towards changing popular music forever. The story started before nominations at the Academy® Awards and halftime shows at the Super Bowl. On March 21, 2011, The Weeknd first unveiled his groundbreaking debut mixtape House of Balloons. A decade later to the date, it will be made available on all streaming platforms for the first time in its original incarnation, including original samples. This marks the first time House of Balloons has appeared on DSPs in its purest and most powerful form.

Additionally, The Weeknd will unveil an exclusive merchandise drop to celebrate the moment. Among many highlights, it features a collaboration with Daniel Arsham’s new interpretation of the iconic cover art and 1,000 limited-edition vinyl. Fans may purchase at shop.theweeknd.com on March 21 @ 3PM EST for 48 hours only.

In Daniel Arsham’s words, “the summer of 2011 will always be marked by House of Balloons. Like a time travel device, the album transports me back to that specific moment in time every time I listen. It is a great privilege to work with The Weeknd and the XO Team to reimagine the iconic album art of House of Balloons as an eroded sculpture for the ten year anniversary.  Alongside the transparent vinyl and eroded album artwork – we also worked on a collection of merchandise including a Varsity Jacket, blending my own aesthetic with that of The Weeknd’s.”  The interior of the varsity jacket will feature a custom camouflage pattern, mixing The Weeknd’s silhouette with Arsham Studio colorways inspired by and reminiscent of The Weeknd’s outfit at his first live show in 2011 at Toronto’s Mod Club.

Capping off 2011, House of Balloons graced over a dozen year-end lists. Complex christened it the “best album of 2011,” while it landed in the Top 10 of annual roundups by Stereogum at #5, The A.V. Club at #6, and Pitchfork at #10. It closed out the year as Metacritic’s “third-best reviewed project of the year.” As the genesis of The Weeknd’s mythos, its influence only continues to grow.