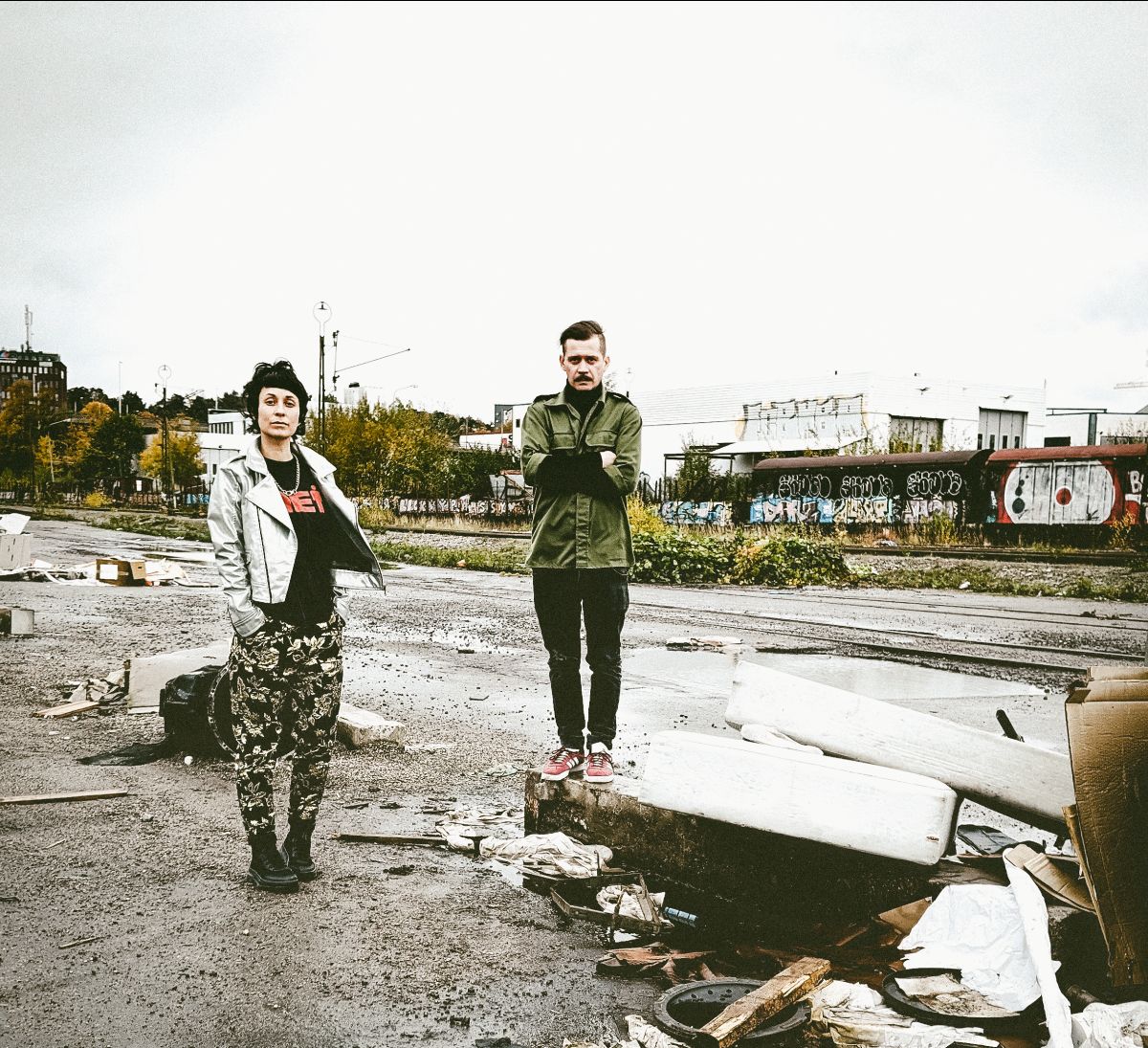 GHLOW release raw soundclash of a single – ‘Take It’

GHLOW have revealed a final taster of their bone-rattling debut album ‘Slash and Burn’. ‘Take It’ is indicative of the raw yet vibrant clash of sounds that the Swedish-Russian duo bring forth with this full-length, chaotic punk, punctuated with electronics, thrashing along at breakneck speed. GHLOW are refusing to respect genre boundaries on their forthcoming debut album ‘Slash and Burn’, and they’re doing so with swagger and verve.

‘Slash and Burn’ fizzes with a furious energy and is set for release 02 April via PNKSLM Recordings. In GHLOW, vocalist and bassist Emille de Blanche pairs with Nikolay Evdokimov who takes care of guitar, synths, drum machine and production duties. The pair’s first musical project together was a film score which soundtracked Kalle Altin’s short ‘Dom’ and then they released an EP ‘Crystal Memoriz’, combining stuttering beats with brooding synths to create an imposing atmosphere. Where Evdokimov’s beats were murky on ‘Crystal Memoriz’, they’re piercingly polished on ‘Slash and Burn’, setting up dramatic juxtapositions of sound when paired with scuzzy, effects-drenched guitar that recalls the alt-rock of the nineties, a decade crucially formative for both members.

de Blanche and Evdokimov share influences running the gamut from Dead Kennedys to The Prodigy, as well as fellow Swedes like revered post-hardcore outfit Breach and doom metallers Switchblade. They agree, though, that their joint outlook on music runs deeper than that: “It’s always been about emotion and passion, for me,” says Evdokimov. “That’s more important to me than genre. I have to understand the outlook of the artist; I need to be burned by it a little bit, almost.”