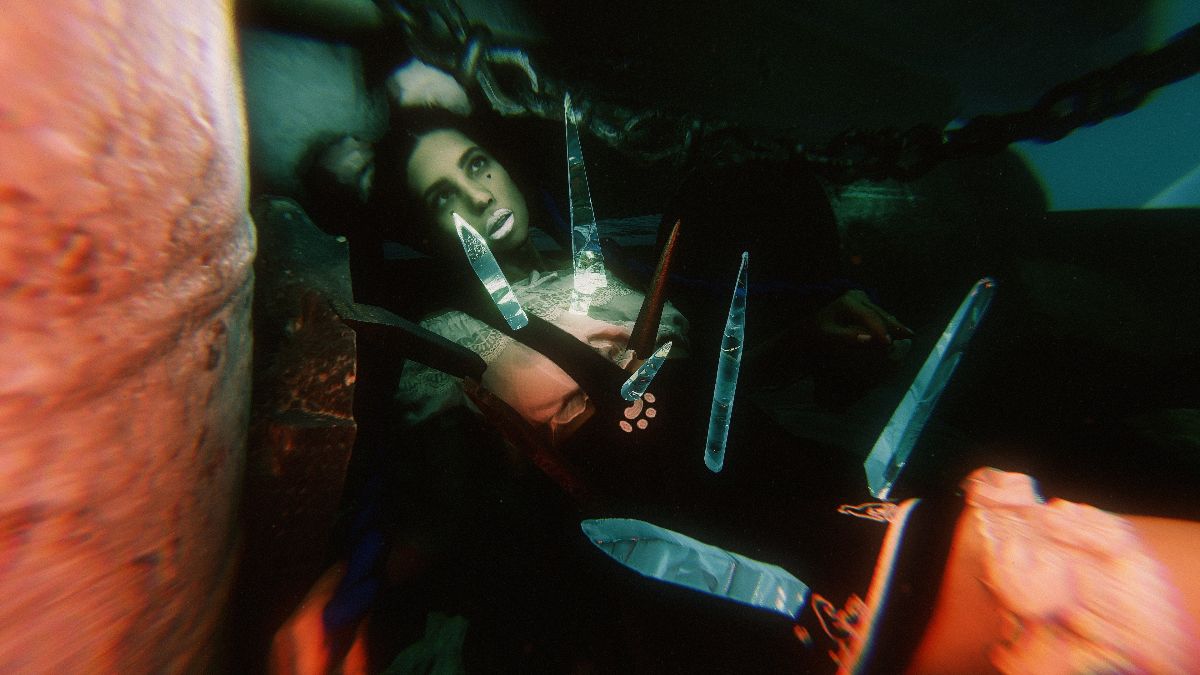 The Russian protest art collective Pussy Riot, which has been the world’s most prominent art group in recent years, has established a Political NFT Art Award. Launched on Saturday March 20th, the political artwork can be entered here until March 26th, and in a very quick turnaround, the award winners will be announced on Saturday, March 27th. Three (3) winners will be invited to be included and featured on the prominent Foundation platform, as well as have their gas fees covered, and political artwork promoted.

About the Award, Nadya Tolokonnikova says: “We’re committed to solidarity and supporting activist art. We made this award because we want to see more crypto artworks on political and social issues. We want activist art to succeed, and we’ll do all that’s in our power to elevate it. Female and queer artists will enjoy privileges in this award, but everyone is welcome to apply”.

The video “PANIC ATTACK” is available in four pieces as Non-Fungible Tokens (NFTs) for collectors to purchase on Foundation, proceeds will go to fund Pussy Riot’s art and the shelter for victims of domestic violence in Russia that they’ve supported since April 2020.

The video is one of the first from Pussy Riot to explore themes of mental health, alongside “TOXIC” and “SEXIST.” “PANIC ATTACK” features commentary on nature and the way we interact with it as a metaphor for the connection between mental health and the environment. All three are all available on their newest EP, PANIC ATTACK. The protest art group is turning 10 this year, and their debut studio album RAGE is coming later this year.

PANIC ATTACK comes on the heels of Pussy Riot’s urgent call to action “RAGE” as a part of the campaign for the release of all arrested for political reasons in Russia in 2021. Pussy Riot’s Masha Alekhina and Lucy Shtein, a queer couple, are currently being held separately under house arrest, they’re facing 2 years in jail for supporting jailed Putin’s critic Alexey Navalny.

“PANIC ATTACK” is a first-hand account of a person struggling with life overwhelmed by panic disorder, produced by a GRAMMY-nominated Chris Greatti (Yungblud, Poppy) and Kudzu (ITSOKTOCRY), a juxtaposition of a pop-rock emotional chorus and dark, heavy trap verses.

“PANIC ATTACK” was born as the result of me staring at the wall for 24 hours in the middle of the pandemic, feeling 100% helpless. I was trying to write something uplifting to encourage people to get through the tough times. But I was just failing and failing. Magically, at the second I allowed myself to be honest and write about despair I was experiencing, I wrote the track in like half an hour.

Depression is a plague of the 21th century, and it tells me that there’s something broken in the way we treat each other. The video ‘PANIC ATTACK’ reflects on objectification of human beings, loneliness, disconnection from the environment that causes us to feel small and powerless. And it’s us who caused it with our own hands – that’s why at the end of the video I’m fighting with my own clone.”

“PANIC ATTACK” marries the virtual world building found in video games with the magic of a music video using state of the art volumetric capture. 106 cameras were used to capture footage of Nadya from all angles to create a photoreal hologram. Ruben Fro, a Tokyo based creative technologist, then built out various 3D worlds in which Nadya’s performance unfolds. The result is an engaging music video that takes the viewer on a journey as Nadya’s surroundings devolve from a colorful idyllic video game to a toxic wasteland. The video culminates in a final boss fight where Nadya faces her own clone.

“I knew that ‘PANIC ATTACK’ was my favorite Pussy Riot song when Nadya first played me the demo,” said director Asad J. Malik. “The song’s producer Chris Greati, Nadya and I have become really good friends over the last year and this has been a fantastic opportunity to make art together. As a director focused completely on AR, this is my first time releasing a 2D video. We used the same techniques we use to create immersive experiences for our app Jadu. However, this time we didn’t have the limitations of running on mobile devices and could push the technology to it’s limit.”

“PANIC ATTACK” marks the first music video credit for director Asad J. Malik, a pioneer in AR storytelling known for festival standouts Terminal 3 (Tribeca 2018) and A Jester’s Tale (Sundance 2019). Over the last year Malik’s company Jadu has been building holograms of various musical artists that fans can view in 3D using their app. This includes artists like Lil Nas X, K Camp, Omar Apollo and Dorian Electra. Pussy Riot and Malik first worked together when they released a hologram on Jadu for the band’s song “HANGERZ.” “PANIC ATTACK” is the first time that Jadu’s holograms are being used in the music video.

The video premiered as part of the SKY ANY COLOUR online exhibition project by technical apparel brand ACRONYM®.