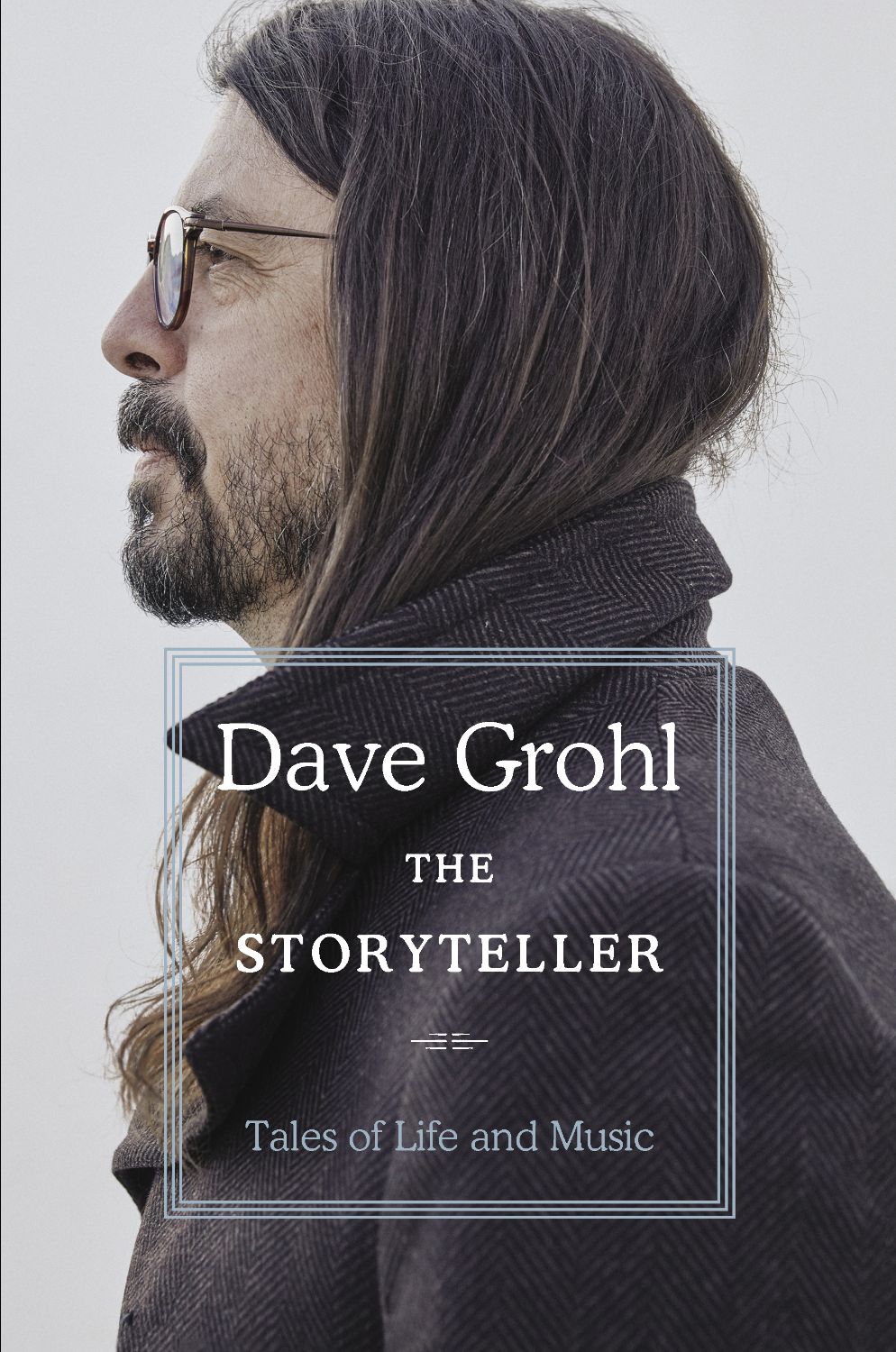 Dave Grohl has been one of the most beloved and respected figures on the international music scene since his recorded debut with Nirvana on 1991’s generation-defining Nevermind. Grohl took centre stage with Foo Fighters’ 1995 self-titled debut, the first of 10 albums in a massive 12-Grammy-winning streak, most recently including the No 1 album sales charting Medicine at Midnight. Grohl has travelled the planet doing the thing he loves most – playing rock ‘n’ roll marathons for tens of thousands of ecstatic Foo Fighter fans. But when the pandemic necessitated going into lockdown, Grohl took stock of how he might use this moment of pause. Channelling his creativity into writing and using his remarkable skill for storytelling, in May 2020 he wrote a moving reflection for The Atlantic on missing the thrill of live music during the Covid era that went viral. Then, ending a longstanding self-imposed exile from social media, Grohl’s new Instagram account @davestruestories was born. This new platform became a way for Dave to share his extraordinary (and funny) stories with fans and fellow music nuts, and now Grohl is set to build upon that momentum with his first book.

Grohl’s new book is as much a celebration of music as it is about the moments that have moulded him into the man he is today. From hilarious childhood mishaps, touching family moments, leaving home to see the world at eighteen, to spectacular stories about Nirvana, Foo Fighters, David Bowie, Joan Jett, Iggy Pop, Paul McCartney, playing drums for Tom Petty on Saturday Night Live, performing at the White House, and even swing dancing with AC/DC, with all love, laughs, loss and embarrassments along the way, THE STORYTELLER is a fascinating look at a life lived loud.

‘There is a common thread that runs throughout everything that I do: storytelling. Whether in song, documentary film or on the page, I have always felt compelled to share moments from my life. This inclination is a huge part of what excites me creatively but also as a human being. In March 2020, realising that my day job with the Foo Fighters was going to go on hold, I started an Instagram account (@davestruestories) and decided to focus all of my creative energy on writing some of my stories down, something I love doing but I’ve never really had the time for. I soon found that the reward I felt every time I posted a story was the same as the feeling I get when playing a song to an audience, so I kept on writing. The response from readers was as soul-filling as any applause in an arena. So, I took stock of all the experiences I’ve had in my life – incredible, difficult, funny and emotional – and decided it was time to finally put them into words. Now with the amazing people at Simon & Schuster I’m excited and honoured to announce THE STORYTELLER, a collection of memories of a life lived loud. From my early days growing up in the suburbs of Washington, DC, to hitting the road at the age of 18, and all the music that followed, I can now share these adventures with the world, as seen and heard from behind the microphone. Turn it up!’ Grohl says.

‘I don’t think I have ever seen such universal excitement in a company, with so many of my colleagues sharing their very personal memories of Dave and his music. But, in the end, what really sets this book apart is the sheer brilliance of the writing: this is a rock memoir that will set the standard for a generation to come, as he truly is THE storyteller,’ commented Marshall.

Grohl has a well-earned reputation as a prolific collaborator: his various endeavours have included ‘Cut Me Some Slack’, written and recorded with Paul McCartney and Grohl’s Nirvana bandmates Krist Novoselic and Pat Smear;  Them Crooked Vultures, formed with Led Zeppelin’s John Paul Jones and Queens of the Stone Age’s Joshua Homme, late legends David Bowie and Lemmy Kilmister of Motorhead, as well as Mick Jagger, Neil Young, Elton John, Nine Inch Nails, Roger Taylor and Brian May of Queen, to name a few.

In 2013, Grohl made his debut as a feature director/producer with the acclaimed documentary Sound City. Named for the Van Nuys CA studio where Nirvana recorded Nevermind in 1991, which would sell more than 30 million copies and transform the modern musical landscape. Premiering to unanimous raves at Sundance and achieving a 100% Rotten Tomatoes rating, Sound City focused both on the history of the legendary studio and on the ongoing fight to preserve the human element of music. Hailed by Peter Travers of Rolling Stone as an ‘exhilarating documentary about what makes life worth living’, by  The New York Times as ‘candy to several generations’ worth of rock fans’ and NPR as ‘a celebration of just how unbelievably awesome it is to make rock music for a living’, Sound City has since been certified as a Gold Longform Video by the RIAA, while the Sound City – Real To Reel companion album took the 2013 Grammys for Best Compilation Soundtrack for Visual Media and Best Rock Song (‘Cut Me Some Slack’).

Grohl also directed the eight-part HBO docuseries Foo Fighters:Sonic Highways, which premiered in October 2014 and went on to win two of the four Emmys for which it was nominated (outstanding sound mixing for non-fiction programming and outstanding sound editing for non-fiction programming). Described by Grohl as a love letter to the history of American music, Sonic Highways was comprised of eight one-hour episodes, each chronicling the creation of one song on Foo Fighters’ Sonic Highways album, each written and recorded in a different American musical landmark – Austin, Chicago, Los Angeles, Nashville, New Orleans, New York, Seattle and Washington, D.C.