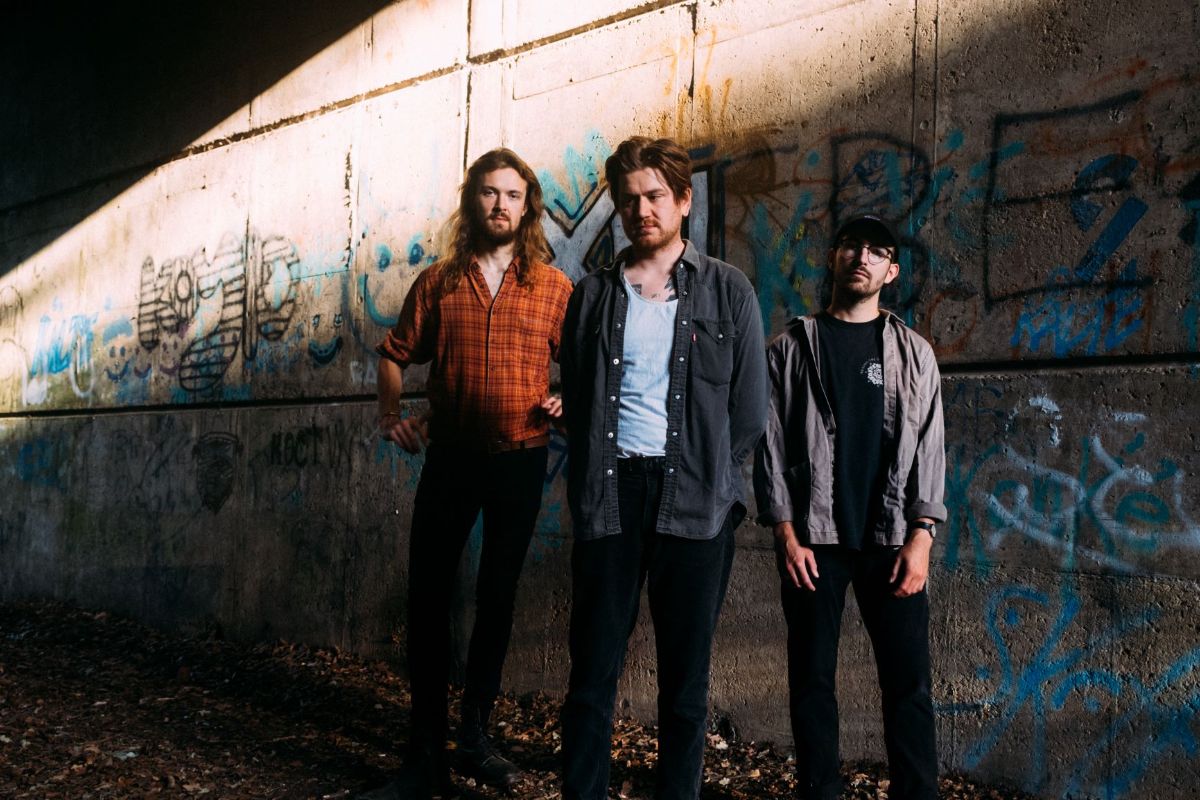 Brand new indie-rock trio MUTTERING have released an intimate session video for ‘Rattle Your Cage’, an unreleased track from their upcoming debut EP ‘Don’t Think About It’, which is set for release 9th April via Failure By Design Records.

“It is so easy to get into a conversation with a stranger, but how do you have a conversation that is beneficial to both of you? Do you challenge the people in your life when you disagree?” asks vocalist Chaz Bush when musing on the inspiration behind the track.

He adds, “The premise of this song is to be aware that sometimes the fight is worth having, even if you’re sick of someone constantly contradicting themselves or making factually inaccurate statements. Rattle them. Make them think about it. The next time they have the opportunity to spew their nonsense, they might reconsider. This song is about understanding that everyone’s voice and actions can inspire others.”

The new session video is part of a series “Live At The Bookhouse” which includes videos for previously released singles ‘Swim’ and ‘Good Luck’.

Chaz explains that “The Bookhouse Live Sessions felt like the only way we could reach out to people at the moment. When we started the band we had a gig in the pipeline and then things got cancelled and pushed back. With a later release and no gig opportunities, the live sessions filled some of that gap. There’s so much to miss about live music and we can’t wait to play these songs in a room with other people in it, but hopefully for now these sessions help.”

The band refer to their upcoming debut EP ‘Don’t Think About It’ as a collection of “songs for the end of the world”. The tracks of optimism in the midst of impending doom were written quickly and instinctively back in 2019, when the world was a different place. Things may have changed since then but the simple truths held and the messages conveyed are clear and increasingly relevant.

‘Don’t Think About It’ was recorded and mixed by guitarist Tom Hill in his SE London studio ‘The Bookhouse’ and mastered by Dan Coutant (Drug Church, Swain, Lemuria).