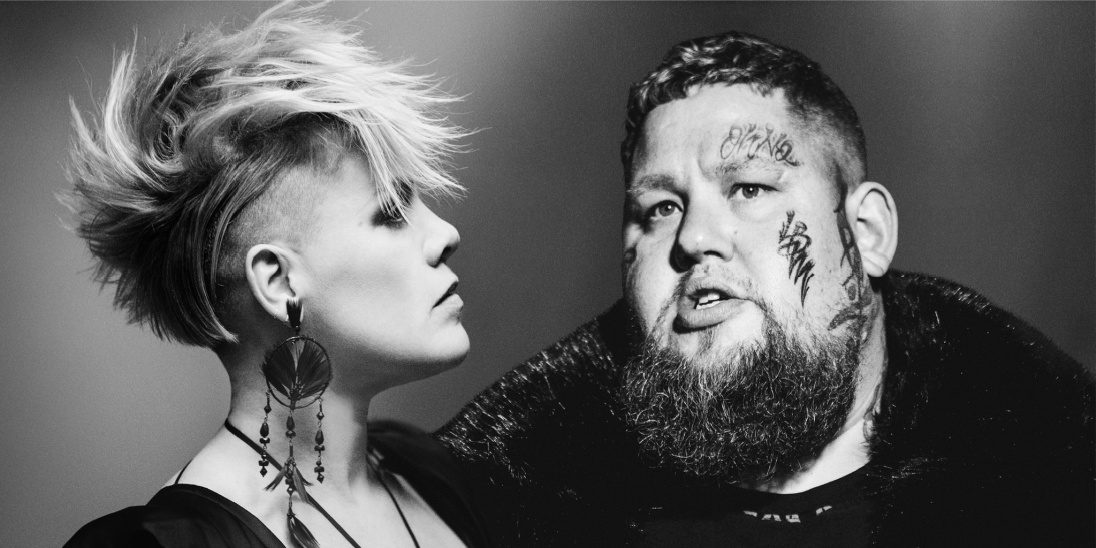 After much anticipation, Rag’n’Bone Man today releases his incredible new collaboration with US superstar P!nk on their stunning new single ‘Anywhere Away From Here’ on April 9th, taken from his new album ‘Life By Misadventure’  released May 7th on Columbia.

Directed by Joe Connor (The Rolling Stones, Coldplay, Sam Smith), the video is set in The Duke Of York’s Theatre in the heart of London’s West End, overtaken by nature, and sees both Rag’n’Bone Man and P!nk deliver powerhouse performances set against their wilderness backdrops.

Written by Rag’n’Bone Man, his album collaborator Ben Jackson-Cook, as well as Simon Aldred, Dan Priddy and Mark Crew, the song is about being uncomfortable in your surroundings. “When the lights go up/ I dont think I told you… That I feel out of place,” he sings. “Pull me underground/ Dont know if you notice/ Sometimes I close my eyes and dream of somewhere else.”

Of the track, Rag’n’Bone Man says; “This song is an honest reflection of wanting to disappear from uncomfortable situations – about the vulnerabilities that we all face. Its an honour to have P!nk on this record and I’m so glad she is able to be a part of it.”

“I first encountered Rag’n’Bone Man in Europe in 2017 not long after hearing his song ‘Human.’ By then I had already fallen in love with his voice’ and when we met in person I quickly learned he has a beautiful soul, too,” P!nk says. “Since then, I knew I wanted to work with him one day. ‘Anywhere Away From Here’ couldnt be a better song for us to sing together. I’m so honoured to be a part of this collaboration.”

Previous single, the sublime ‘All You Ever Wanted’, made its mark with Radio 1 & Radio 2 playlist spots, as well as racing to #1 in both the Airplay and iTunes Chart. Rag’n’Bone Man recently turned in all-star performances on Comic Relief, Later…with Jools Holland and Ant & Dec’s Saturday Night Takeaway and will perform three special sold out shows at London’s Jazz Cafe on June 27th, 28th & 29th.

If that’s a hard act to follow, Rag’n’Bone Man tore up the rule book and went to Nashville to write and record what would become ‘Life By Misadventure’. returning to the UK as the first lockdown set in. While a dose of heavy blues and soul lives within some of these new tunes, the majority of this new album finds Rag’n’Bone Man taking a huge step forward as an artist, a songwriter, and a singer capable of showcasing tremendous warmth and real emotion with every breath.

‘Life By Misadventure’ is the perfect tonic for these times and an incredible collection of emotional songs to touch us when we need it most. It’s an album of depth and soul, about growing up and moving forward. Enjoy the trip.
Rag’n’Bone Man is set to play the following UK tour dates. Tickets for the autumn dates are on sale HERE