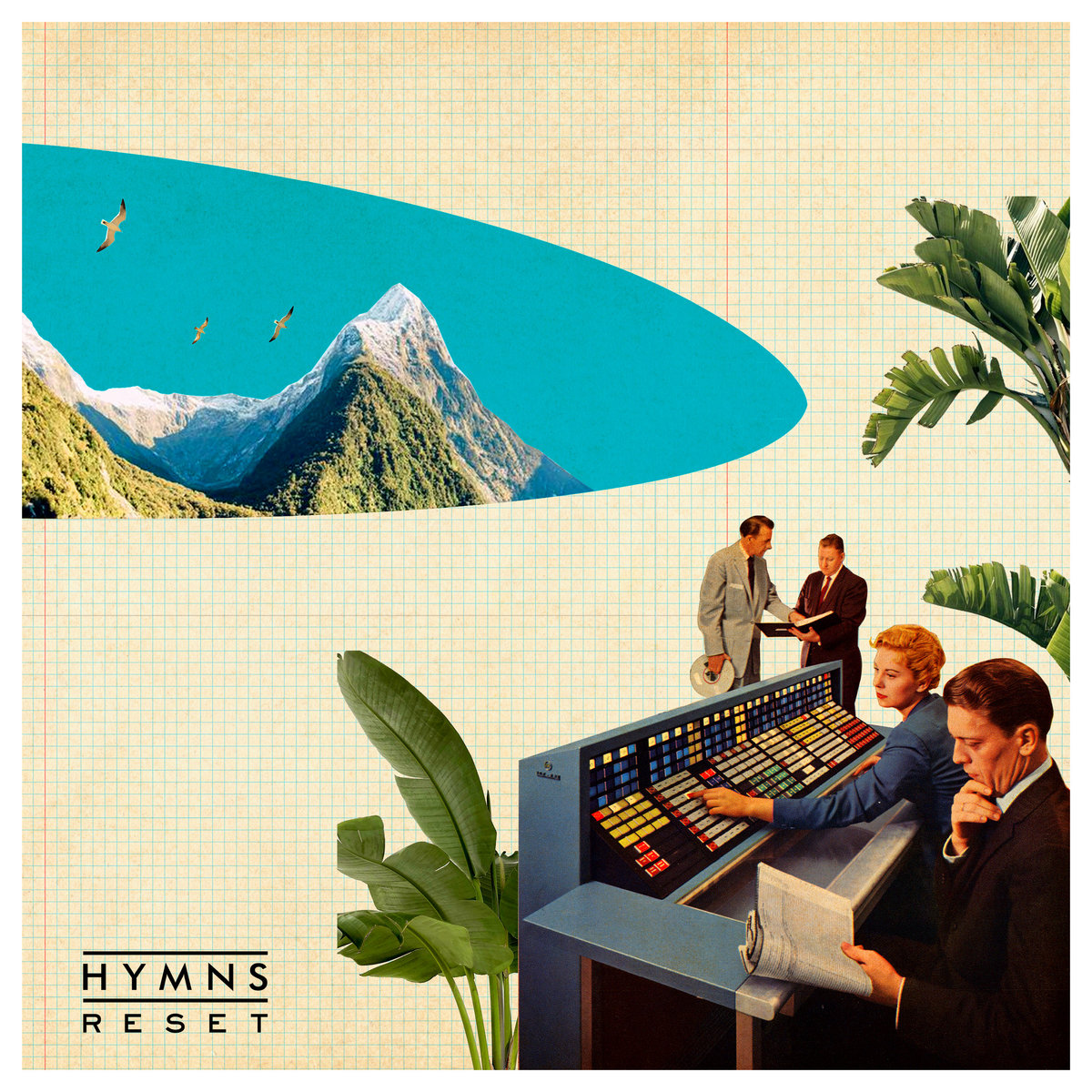 Hymns are an alternative rock band from London. Their bio starts with a fairly standard script of anthemic guitars, post punk and atmospheric rock, before going on to reference, among others, Black Sabbath, Pink Floyd and Enrico Morricone. Now if the thought of that musical combination isn’t intriguing enough to make you give them a listen, I don’t know what would be. And you can stream the EP online at https://distrokid.com/hyperfollow/hymns/reset-2

Hymns are a four piece, led by songwriter Oliver Hooper (guitar and vocals), who is ably backed by Giorgio Compagnone (bass and keyboards), Filippo Ferazzoli (guitar) and Amy Chapman (drums and backing vocals). They’ve been around since 2016, releasing a previous EP and several singles.

Lead single Reset opens this EP strongly, its dystopian lyrics and distorted guitar riffs nicely matched. The pace rises and falls with some lovely guitar melodies over a solid rhythm set by a martial drum beat. Concrete Skies follows, the track starting slowly before exploding into life. The keyboard sound underpins a strong call for change that features lovely backing vocals and a solid bass line.

Sirens opens with a burst of guitar that is straight from the Morricone canon. This disturbing tale of witnessing a suicide on the London underground is based on the band’s own experience and the chorus is dark yet also poignant. The closing Wrong is a disconcerting track with a bass heavy sound and a feeling of deep conflict running through it.

This four track EP is a good introduction to a band that has a knack for putting together tight songs that seem to cram a great deal into each few minutes of music. With melodies aplenty, their eighties inspired sound is large and cinematic, backing well crafted lyrics. Oliver Hooper’s deep vocals are delivered with a conviction that gives great weight to every word. The overall effect is both powerful and memorable.