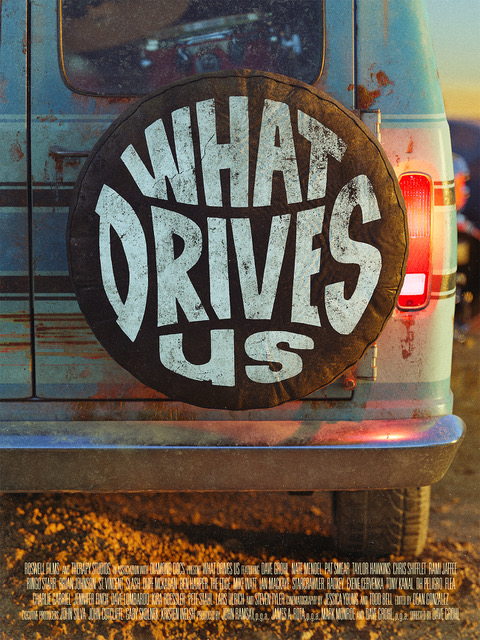 WHAT DRIVES US, directed by Dave Grohl and produced by Foo Fighters, is an homage to the moment in every musician’s life when their commitment is tested and their desire to play music for others becomes an almost irrational act of blind faith. The first step to prove to yourself and the world that you belong is to load up your instruments, your talent and your courage, and get in the van to take your music to the world — a true rock and roll rite of passage.

“This film is my love letter to every musician that has ever jumped in an old van with their friends and left it all behind for the simple reward of playing music,” said Dave Grohl. “What started as a project to pull back the curtain on the DIY logistics of stuffing all of your friends and equipment into a small space for months on end eventually turned into an exploration of ‘why?’ What drives us?'”

A Roswell Films / Therapy Studios production, WHAT DRIVES US was directed by Dave Grohl, produced by John Ramsay, James A Rota, Mark Monroe, and Foo Fighters, and edited by Dean Gonzalez. Jessica Young was the director of photography and Brandon Kim was the sound designer and mixer.