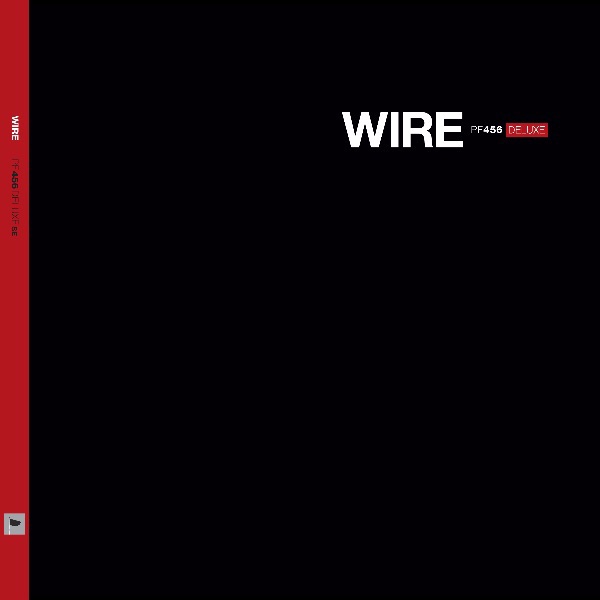 WIRE have announced new release details for ‘PF456 DELUXE’ which will be released on June 12, Record Store Day on Pink Flag.

‘PF456 REDUX’ was released in 2002, comprised of tracks from the two ‘Read & Burn’ EPs, plus the album ‘Send’, all of which were edited in length to accommodate the vinyl format. This new ‘DELUXE’ edition for Record Store Day 2021 sees the tracks released at their full length, most of which for the first time on vinyl plus the ’12 Times You’ 7″ thrown in for good measure. ‘PF456 REDUX’ will also be re-released on CD.

WIRE are one of Britain’s most influential and prolific groups. Indeed, they have a good claim to be the very first post-punk band. In the late 1970s they produced a trio of acclaimed albums that influenced the next generation, including Henry Rollins and REM. During a second period of operation in the 1980s, WIRE experimented with what a pop band might sound like in a parallel universe. This went on to influence the next generation including Blur and Massive Attack.

When WIRE reconvened for a third time in the early years of the 21st century, they did so once again with a clean slate. Their new music was harsh and jagged: a sound that welded together huge guitars, bass and drums, scuzzy electro loops and yet more guitars.The first of WIRE’s new material to see the light of day was a 7″ single: “Twelve Times You.” This hyperactive reimagining of one of the group’s most iconic songs – “12XU” – was done, as Newman puts it: “To see what it would sound like if Fat Boy Slim made punk rock records.” It also paved the way for the group’s new recording method: assembling rock records in the same manner as techno or breakbeat records…

The next stage came in June 2002, with the release of the ‘Read & Burn 1’ EP. That a group of Wire’s seniority was capable of producing such tough and vital work proved a revelation to some. This was followed by ‘Read & Burn 2’ and the album ‘Send’.