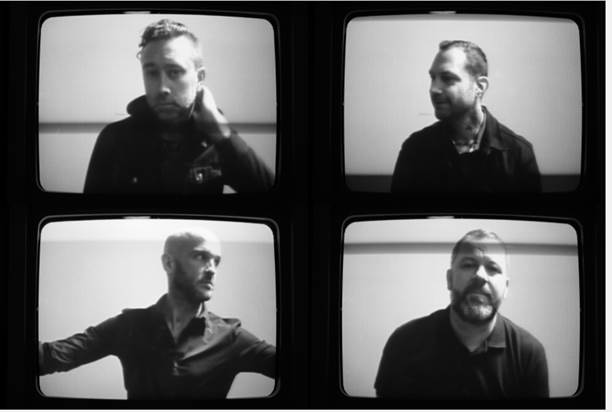 RISE AGAINST collaborates with Indecline for provocative visual “The Numbers”

On the heels of May Day, coupled with sample of the (Russian translated) French anthem, “L’Internationale,” Rise Against releases “The Numbers,” the lead-off track from the band’s upcoming album, Nowhere Generation, due out June 4th (Loma Vista Records). Accompanying the release is a defiant visual, encapsulating the spirit of “L’Internationale,” a song that has been an anthem for working people since the late nineteenth century.

The visual for “The Numbers” was conceived and directed by Indecline, the American Activist Collective comprised of graffiti writers, filmmakers, photographers, full-time rebels, and activists.  Indecline’s projects focus on social, ecological and economical injustices carried out by International governments, corporations, and law enforcement agencies.

“‘The Numbers’ has given our collective another opportunity not only to work with a band we’ve looked to for inspiration since their early records, but also a chance to create the kind of strong visual content that aims to inspire and educate.  Beyond simply showcasing global protest movements, this video is to serve as a reminder that we are all living in a golden age of resistance and need to use our privileges to commit ourselves to wholeheartedly pulling the rope in the opposite direction.  Or, to put it more bluntly, don’t be like your parents’ generation.  Give a fuck and prove it.”  — INDECLINE

Meanwhile, Rough Trade will host a special interactive Q&A and acoustic performance by Tim McIlrath on Wednesday June 9th @ 7pm BST. The event is for UK residents only and will be hosted via Zoom. Tickets plus further information can be found HERE.