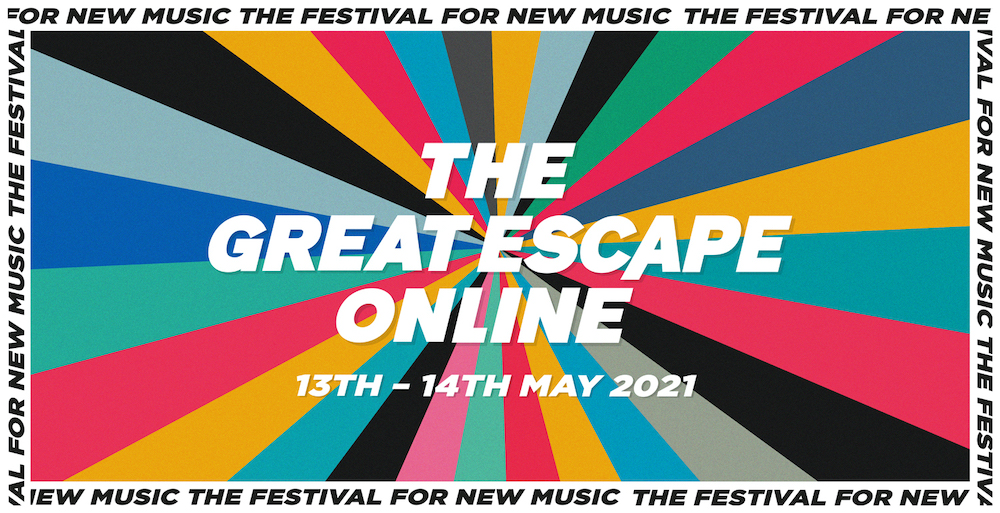 The Great Escape returns this week after a year off due to Covid-19. On Thursday 13th and Friday 14th May the UK’s biggest event dedicated to showcasing new talent moves online for one year only. Between the hours of 6-8pm you can catch live sets from acts who would have otherwise been performing by the seaside, with organisations such as Scruff Of The Neck and the FMX Faroe Music Export all curating and broadcasting a range of wild and wonderful live shows, transporting you in one moment to a sweaty basement gig, before treating you to a breathtaking fjord-side performance the next, and much more besides!

Below you can find out more information about five of our rising roster acts who will be playing the event.

The award winning Faroese punk band Joe & The Shitboys are yet to play on British soil, but their appearance at the FMX Faroe Music Export showcase only builds anticipation for when they do visit our shores in September for their first headline UK tour. Their explosive and blistering live sets are packed with tracks often lasting less than a minute long, so expect all the debut album hits like ‘Life Is Great You Suck‘, ‘If You Believe In Eating Meet Start With Your Dog‘ and ‘Macho Man Randy Savage‘, alongside new material that the band are due to start releasing soon. Also, the band’s newest super fan Iggy Pop just had them as his Featured Artist on BBC Radio 6 Music, listen back here!

21 year old artist/drummer/producer Alex Gough is blazing a trail for Irish hip-hop internationally. Throughout an undeniably difficult 2020, Gough kept up a steady stream of releases and accumulated 3million+ streams in that year alone. Early 2020 saw the internationally viral TV series ‘Normal People’ use his track ‘Dear SJ’ as the first song of the first episode, leading to coverage by British Vogue, Elle and many more.

Greta Svabo Bech is a Faroese singer-songwriter. Her nomadic upbringing saw her periodically relocating to several different countries around the world, and as a result music became an anchor. Newly signed to leading Norwegian label Propeller Recordings, Greta previously picked up a Grammy-nomination through her work with Deadmau5. She kicked off her solo career with a string of singles and her debut EP Bones in 2019. With a bigger project planned for 2021 she firmly cements herself as part of a growing list of Faroese musicians making waves overseas.

Reflecting on the highs and lows of British youth culture today, Bilk are three musicians creating a unique angsty blend of indie, rap and punk from the suburbs of Essex, UK. The brainchild of frontman Sol Abrahams (21), completed by bassist Luke Hare and drummer Harry Gray, their honest social commentary is as real as it gets. Their raucous live shows are already becoming a thing of cult legend amongst a new generation of music fans, resulting in chaos at venues across the UK and now also overseas. Recently they’ve won new fans far and wide after One Direction’s Louis Tomlinson declared himself a fan of the trio following the release of new single ‘Bad News’.

Faroese rapper Marius DC burst onto the scene last month with his debut international release ‘Gasoline‘. The first (and only) rapper to emerge from The Faroe Islands, Marius Dam Christophersen has been making waves in his home country since he was 10 years old. Marius sets himself apart from his local peers with a youthful attitude and a distinctly international musical identity that is from the Faroes, but for the world.