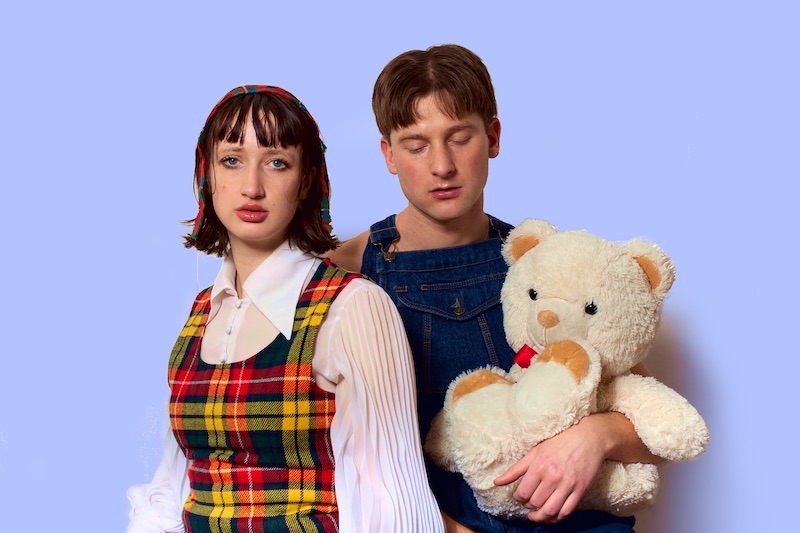 With their debut EP due June 4th via Arbutus Records, today Das Beat, made up of German actress & vocalist Eddie Rabenberger and Agor of Blue Hawaii, are sharing a new song and video, “Ariadne.” The melancholic, minimal wave-esque ballad is the third single from the duo’s EP Identität and follows from previously-released singles “Identität,” and “Bubble.”

Das Beat share about the concept behind “Ariadne“, “This song tells the story of Ariadne from Naxos, how she helped fight the minotaurs but then gets left behind by Theseus. However, in my version it doesn’t bring her down. Instead, she fights her own demons and becomes stronger. It is an ode not just to Ariadne but to all the strong women out there. The song has a double meaning about relationships as well. Break-ups can make you stronger – being left behind doesn’t mean you need to stay behind. It is the cycle of sadness, intimacy and strength.”

The duo is half-Canadian and half-German. Agor (of Blue Hawaii), moved to Berlin from Montreal in 2018. Eddie is a theatre actress originally hailing from a small town in Bavaria. Together they find a strange but alluring symbiosis – like Giorgio Moroder meets Nico, or Gina X Performance meets The Prodigy. Their debut EP Identität is due June 4th via Arbutus Records.Pre-order EP here: https://smarturl.it/1g3z58