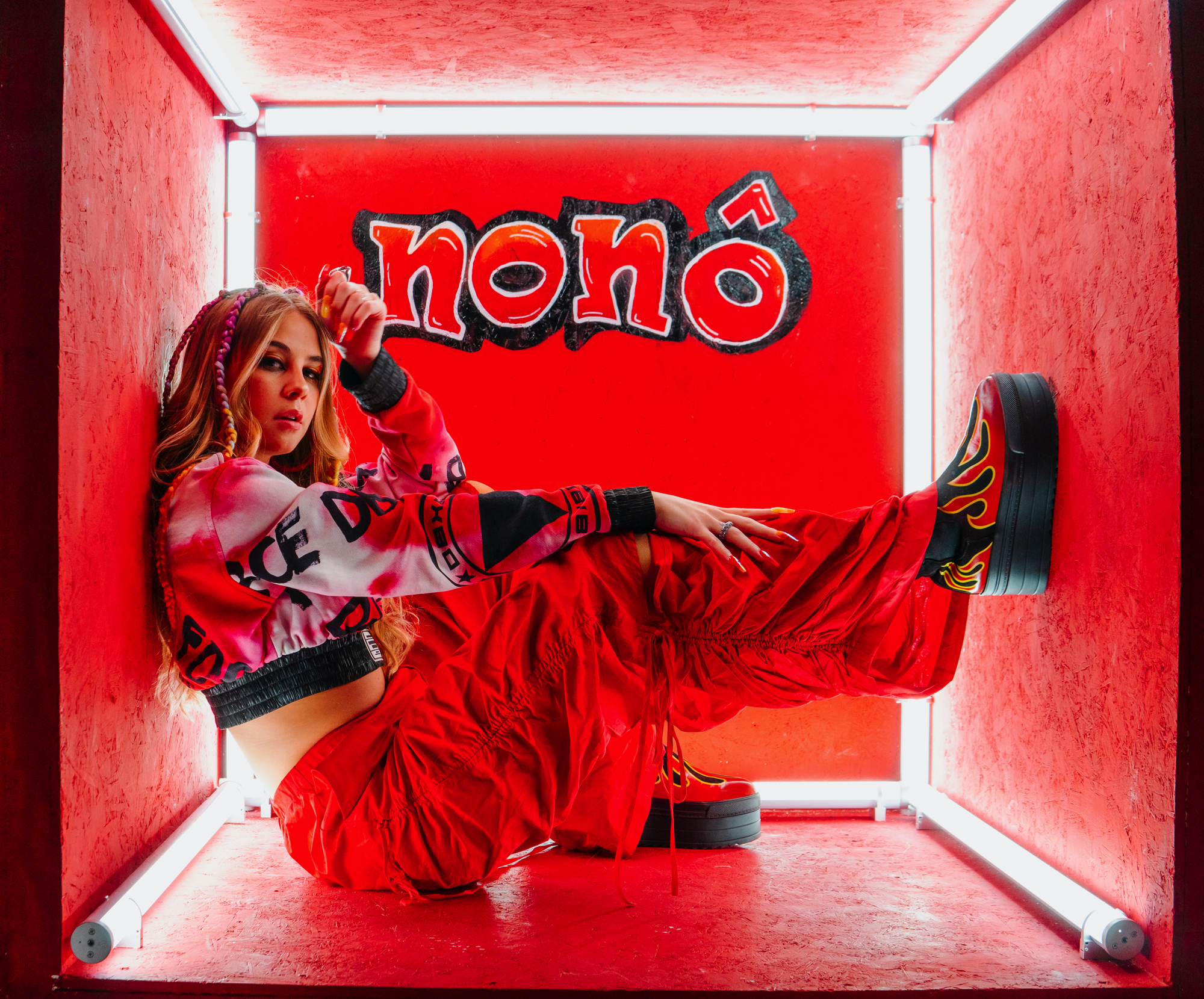 With the track hitting digital stores this Friday 21st here, Nonô previews the release with a truly stunning official video today, and proves once again her undeniable pop credentials. Directed and styled by Roisino, the video has Nonô rocking Borbala’s upcycled DIY fashion outfits and massive multi-coloured high tops by Anthony Wang. The clips shows what it means to dream big, capturing the excitement of youth and the power that comes with having the confidence to follow through with childhood ambitions.

Nonô says…“My aspirations and plans have always been very big. In school I was surrounded by people that wanted to be engineers, doctors and lawyers. I always planned on being a Rockstar! I wrote it to remind myself and the little girl that made these wild plans that I’m still going for it and giving it all I got. Hopefully this song can serve as an inspiration to all the other dreamers and misfits out there!”

Nonô’s been building up to the debut EP project ‘Midnight Mimosas‘ with lead singles ‘Mimosas‘ and ‘LA LA LA (2 Dollar)‘. Landing 2nd July the EP champions women’s independence with radiant summer vibes throughout. Marking this moment in another big move, Nonô has teamed up with Alok -the number 1 streamed artist in Brazil with over 25m followers – to co-host The Controversia Radio Show going out weekly to 30+ countries around the world.

Heavily influenced by her Brazilian upbringing – being born and raised in Rio de Janeiro before moving to São Paulo for her teenage years – her music pulls together a captivating mix of Latin and London sounds. From her grandmother’s love of bossa nova, samba and MPB (Música popular brasileira), to her sister’s introduction to more current Brazilian bands like Legião Urbana, Barão Vermelho, and Titãs, some of her favourite artists now include Nathy Peluso, alongside Kojey Radical and SG Lewis.

And it’s not just her sound that holds so much vibrant colour, as her style reflects her home country just as much. Swapping hot and vivid South American cultural capitals for London’s temperate climate, her invariably colourful look is a constant reminder of where she is from.

Material from her debut EP is already garnering support and praise across the board from the likes of BBC Radio 1’s Future Artists with Jack Saunders, NME, The Independent, Clash and The Line Of Best Fit, and resonating well with her 1.7m monthly Spotify listeners and almost 1million fans on social media. With this long-awaited moment close on the horizon and a celebratory live show at London’s The Grace up ahead, Nonô brings a much needed splash of colour to London this summer!

Stream the new single ‘Rockstar’ from Friday 21st May here, and pre-save ‘Midnight Mimosas’ EP  out 2nd July here.  Tickets are now available for Nonô live at The Grace on 15th July via Dice.